The Need For Scale Means Niche Media Will Need Subscription Models to Survive
READ THIS NEXT
You Can't Stop Instagram Bots by Looking. Brands Have to Stop Buying Them

This is the fundamental problem with the present-day advertising model. To build the necessary scalability to attract and retain advertisers who support the underlying business, online media companies have to forgo niches. These are the business imperatives for advertising-supported media businesses.

When eMusic owned and managed RollingStone.com, I loved it when we had an in-depth review of some great new indie rock band that explored their artistic vision and influences and added to our understanding of the popular history of rock. But I knew that my ad sales team could easily make their number when Britney Spears was on the cover, even though a Big Star retrospective would be more engaging for the audience.

Advertising drives content creators to create mass markets by publishing for the lowest common denominator. This effect is one of the major reasons we founded Vindicia. Much human thought doesn't involve audiences of 20 million Internet viewers. The services around compelling human thought require a sustainable business model – allowing those "smaller" communities and services to thrive.

Today much economic discussion happens on a few blogs, and we should be thankful that the tenure system in higher education supports the time and infrastructure necessary to let Tyler Cowen debate economic thought with Paul Krugman in public, with Russ Roberts chiming in via text and podcasts. However, pity the content category that can't live off the largess of academia.

That's why services like deviantART, Boxee, Star Trek Online, and Next Issue Media look to premium services to create an experience that doesn't cater to the lowest common denominator. How exactly would the Star Trek Experience be believable via the corporate sponsorship of 'Thunder Bolt by HTC on Verizon" (to borrow a recent Gizmodo advertiser)?

Premium content providers face twin challenges: the understandable consumer perception that the digitization of a product should lead to a lower-priced version, and the effect of piracy on such content. I've often referred to this as the "Napsterization" of digital content and services.

We all like a good deal and it's hard to feel bad in the short term about the free lunch (ads ignored!) that we all get at Gawker, Huffington Post, or Instapundit.com. However, that masks a longer-term issue in that the best engine for the creation of intelligence, wisdom, and wealth that we've found so far is the underlying profit motive. We, as consumers of thoughts, ideas, and entertainment, have to want a lot of that experience to be far from the lowest common denominator. We have to ask entrepreneurs and visionaries to fight the battle royale between the ad model and premium digital service model.

The good news is that a simple survey of the landscape shows that the evolution of valuable premium services is occurring. Netflix is driving the conversation about how premium video will be used. Boxee is now a significant part of the conversation about what the day-to-day experience of the home media environment will be.

The math is extremely relevant here. Advertising businesses need 10's of millions of daily viewers to support a $10M annual business. Subscription and virtual currency businesses need but 100,000 subscribers paying an average of $10 a month to reach the same revenue. Lost is the other part of , for example, the traditional newspaper business. Advertisers, just like online daters, tend to prefer those audiences who have shown they can afford their products by paying for something in the first place.

We're in the early days of the growth of premium digital services. I often think about the parallel to the Internet advertising market in 2003. Subscription and virtual goods/currency services are going to begin to scale as broadband has penetrated worldwide. And as the last recession is easing, people begin to accept as conventional wisdom that many digital services are worth paying good money to keep them above the lowest common denominator.

ABOUT THE AUTHOR
Gene Hoffman is chairman and CEO of Vindicia, which provides an on-demand subscription billing solution for digital merchants. Prior to Vindicia, he co-founded eMusic, and led the acquisition of the company by Vivendi/Universal in June 2001. 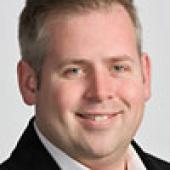 Gene Hoffman
View all articles by this author