Consumers Don't Like Being Forced to Do Things, But That's What We're Doing In Video
READ THIS NEXT
You Can't Stop Instagram Bots by Looking. Brands Have to Stop Buying Them
Bernard Gershon

Benjamin Franklin once said, "Lost time is never found again." And that couldn't be truer as time has never been more valuable. In an increasingly digital world – as we move from one site, app and connected device to another – time is of the essence, even in 15 and 30-second bites.

We measure the value of digital activity in part by the time it takes to complete an action. We've always cringed at the thought of valuable time lost over waiting in line or sitting through a bad movie. And today we scrutinize the slightest digital exercise if it takes us 90 seconds off our navigational course.

Watching online videos has become a mainstay for most of us, yet our content is often accompanied by time-consuming video ads. In fact, in March, 181 million U.S. Internet viewers watched 8.3 billion video ads, according to comScore. At 15 to 30 seconds a pop, that 's a lot of time spent that we can't get back. Well, maybe in that time the Mets might finally win another World Series! With many ads lacking any meaningful personal relevance, after a while we can become desensitized to the whole thing.

Of course, this assumes that each of those video ads was viewed in its entirety, which is where we have a problem. Consumers generally don't like being forced to do anything, especially being forced to watch ads. We know this, but in an industry that doesn't lack for innovation, we've yet to come up with an alternative to the 15- or 30-second pre-roll that many consumers see as nothing more than an obtrusive time delay.

If one in four viewers bails, why not give consumers a choice by providing the option to skip? It's not a novel concept. There are delay-reducing conveniences all around us. Think EZ Pass, DVRs, Priority Boarding or Express Mail. Consumers have long been paying a little extra for the convenience to speed things up.

But rarely does the union between advertiser and video publisher take the consumer's best interest seriously. Imagine a paid or earned skip model for consumers that helps advertisers reduce media waste and improve performance by lowering abandonment rates. Imagine if advertisers could receive credits for all would-be impressions that are skipped, access new forms of data (who's skipping, what time of day are they skipping, what type of content is yielding higher skips) and create a natural brand affinity due to the positive association with a skip-enabled pre-roll?

If publishers can earn as much if not more from consumer skips than they do from the pre-roll ads that play while satisfying both advertiser and consumer at the same time, then why not give the consumer a choice? Everyone benefits, with the possible exception of the video ad networks, and surely those guys recognize the benefits of this model to advertisers, publishers and consumers.

Will consumers pay to skip pre-roll ads? It's hard to say. But even if five percent of the video ad consuming public were paying regularly to skip, that would be five percent more than ever before. It's all about choice - the choice to preserve time for a small price.

Now that time has a quantifiable currency online, it won't be long before consumers will be able to earn skips by answering a survey, downloading a coupon, viewing a piece of long-form branded content, subscribing to a newsletter, liking a brand on Facebook and any of a few dozen other possibilities. For consumers who would rather not pay to skip ads, redeeming a relevant offer or engaging in some way with the brand in exchange for a collection of skips is a fair alternative. Publishers would still get the same high returns for each skip, and marketers are engaged in a dialogue with consumers that can provide much deeper insights.

Various sources have pre-roll abandonment rates ranging from 15% to 40 %. Imagine having access to data that reveals, among other things, when creative burnout takes place? Think that might eventually lead to improved creative? Imagine shorter pre-roll ads that are relevant and entertaining at the same time.

This is a pretty controversial topic in the industry right now and I am not sure who the winners and losers will be. But, I am certain there are better models than forcing consumers to watch ads they do NOT want to see! What do you think? 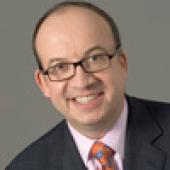 Bernard Gershon
View all articles by this author