Online Video's Biggest Lesson for 2013: It's All Just TV

Consumers Are Teaching Us That They Don't Care Where Their Video Comes From
READ THIS NEXT
You Can't Stop Instagram Bots by Looking. Brands Have to Stop Buying Them
Doug Knopper
Credit:
Doug Knopper

These days, consumers want – even expect – all of their favorite video content to be available to them when and where they want it. 2013 will be the year the industry delivers, but it won't be easy and there will be casualties along the way.

We saw some important advancements in 2012 from content publishers and distributors to capitalize on consumer demand, with TV Everywhere and content syndication deals and deployments such as Amazon's Instant streaming, Disney's Watch apps, and Microsoft's Xbox 360, their Trojan horse into the living room. YouTube has spent and continues to invest millions in content creators making compelling made-for-Web video series. And, of course, there have never been more device options enabling people to access and watch their most beloved content, whether on the bus or lounging on the couch.

While this content party is already happening in the front, the business supporting it in the back is messy. There is still a long way to go before we reach converged TV utopia – where streaming video runs unfettered and unimpeded like a babbling brook flowing any and all content to the consumer's device of choice.

2013 will be a pivotal year in taking some real steps towards building real, profitable businesses out of giving consumers that content. Here are four predictions for moves you'll see the industry make toward that goal.

Advertisers will demand TV-Web convergence.
Up until now, online video has mostly been additive and experimental for the TV industry, with advertisers and agencies dipping their toes in – but certainly not jumping in – when it comes to online video ads. The technology has caught up, with the Web now able to mirror the TV experience, and the time has come when buyers are demanding cross-channel campaigns on TV, digital, social, and mobile.

Good TV is good on any screen, and, as long as audiences continue to explode on these newer platforms, TV buyers will want to be able to play in that sandbox. They are already asking for a portion of their spending to bedigitally delivered, and sales teams are gearing up to sell device-agnostic TV at the Upfronts next April.

If an "online GRP" happens, publishers will feel the pain.
Counting how many people watch a program on TV – namely, through the well-understood (though inexact) Nielsen rating point – is vastly different than counting how many eyeballs the same piece of content delivers on the Web. There are so many buying and selling techniques, measurement standards, and operational methods in digital, it could make a marketer's head spin.

The advent of an online gross rating point, such as Nielsen's Online Campaign Ratings (OCR), comScore's Validated Campaign Essentials (vCE), or whichever measurement standard eventually wins out, represents a bridge to brand-oriented buyers and a good one at that . Once you start talking the same language that Proctor & Gamble, Coca-Cola, or Unilever speak across not only TV, but online and mobile, the easier the dollars will flow into those sectors.

But, this also adds a whole new layer of complexity for publishers, which have very well defined organizational tactics in selling TV. They are going to experience a lot of inefficiency as they begin to fundamentally change the way they have previously sold and managed their upfront and scatter market video inventory in order to accommodate these new measurement standards.

There will be some serious LUMAscape landscaping.
Speaking of making heads spin, have you looked at the latest video LUMAscape?

The space of technology providers to traditional TV is dominated by only a handful of companies enjoying a very large prize. Digital, on the other hand, is currently a hundred-sided war of point-solution companies trying to solve for various aspects of the unnecessarily complex digital transaction.

Every company wants to be on it, but, like in TV, a relative few will really matter at scale. Further, the various technologies on those slides will only get more publishers into the hunt for consumer attention; publishers will still have to solve the real challenge of scaling their video content offering while pulling the right subscription, rental, and advertising levers to maximize profitability.

Content from the traditional TV world won't be up for real-time bidding.
Programmatic buying is all the rage these days, but don't expect it to make a big splash with rights-managed TV inventory, at least not in the foreseeable future. Publishers are not going to part with their most valuable content and put it on an exchange or even open it to buy-side technologies like DSPs, which almost entirely value the user with little recognition of the way that an advertising brand and content brand relate.

Most television is still bought and sold on a futures basis via the upfront and scatter markets, neither of which is done programmatically. RTB as it exists today represents pressure on a publisher's business, one they have the luxury of foregoing altogether because they already have huge audiences and advertisers willing to pay a premium to reach those viewers.

That's not to say that some programmatic execution of campaigns won't happen in private markets; in fact we expect that it will. But don't expect much, if any, real-time pricing of "super-premium" video inventory next year.

So, there's 2013. Regardless on if any of these predictions come true or not, it is an incredibly interesting time to see how the world of television and online video will collide. So, grab some popcorn, sit back, and enjoy the show! 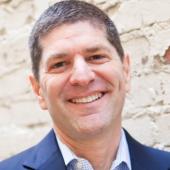 Doug Knopper
View all articles by this author