Why Opening Up to Risk Is a Winning Strategy

Digital and Creative Professionals Are Taking Calculated Risks to Achieve Big, Unanticipated Rewards
READ THIS NEXT
You Can't Stop Instagram Bots by Looking. Brands Have to Stop Buying Them

Of the fascinating trends we've seen come and go in 20 years of honoring the best of the internet at The Webby Awards, one strategy we see time and time again in Webby-honored work is risk. Whether it was eBay betting that it could get people who had never met to trust each other; Wieden+Kennedy convincing its client Old Spice to let it produce online personalized commercials in real time; or Pokemon Go launching a global augmented reality game to a world where only a small percentage of the population had even heard the term AR, the internet's biggest sites and moments appear, from the outside, like high-stakes gambles that at times seem more lucky than planned.

But when you dig further into these cases and dozens more, what you find is not luck at all, but people who, when confronted with challenging ideas, didn't run away, but opened up and put in place plans and processes to make the riskier parts of their idea, well, less risky. To offset its trust risk, eBay created a way for users to review each other; W+K built a strong relationship with its client and put processes in place for client approvals in real time; and Niantic (creator of Pokemon Go) built a global game experience based on data and behavior it had been collecting since 2009 from a lesser-known product, Ingres.

When I look back at this year's Webby-winning work, there are countless stories that speak to the different ways digital and creative professionals were brave enough to take big, calculated risks and -- because they did a lot of hard work to offset that risk -- were able to achieve big, unanticipated rewards.

Take Philips, as an example. The 225-year-old electronics and healthcare company has an enviable business in ultrasound technology. Its hardware and tech is used all over the globe to help doctors diagnose and attend to countless health concerns. In the battle against cancer, miscarriage and countless other harmful medical conditions, it is that rare profitable warrior of good. But the technology is expensive to build, purchase and use, limiting the scope of its reach.

Philips set out to find a way to democratize ultrasounds in an effort to make the technology more accessible to healthcare providers and make its impact even more widespread. The small, scrappy internal team of engineers and technologists tapped by Philips developed Lumify, a portable ultrasound device compatible with smartphones and handheld mobile devices that has shattered expectations and cemented Philips' position as a market leader and innovator in ultrasound technology.

The challenges Philips faced were enormous -- pushing the limits on its own successful product line, investment in unproven technology, and uncertainty about a business model for Lumify. But by creating a small skunkworks and independent team, encouraging experimentation and piloting as a means of testing its investment and overhauling the sales model in real time, it was able to mitigate risk and increase the likelihood for success.

Recent work from BBDO's Moscow office offers another window into how leaning into risk can often give way to unexpected results. When a global insurance company tapped the advertising giant to create a public awareness campaign that would encourage responsible driving, it never dreamed the initiative would involve promoting viral YouTube dash-cam car crashes -- something that had become not just a cultural craze, but practically a national pastime in Russia. Rather than turning a blind eye, BBDO Moscow decided to join in the fray, taking what had become something of a cultural and social phenomenon in Russia and using it as the foundation of its campaign.

The ad agency engineered a scary crash video to match the popular dash-cam YouTube videos, except this one only depicted a crash if the viewers sped through the video, while more responsible viewers were treated to a 10-minute video of a blissfully safe ride. Having overcome challenges with content integrations and complex YouTube restrictions, the final video worked like a charm, winning positive sentiment, press and social shares across Russia.

In nearly every case we examined, it was clear that even though taking a risk is never a sure bet, there are patterns of success that can be replicated when you analyze risk through the right lens. And when you have the ability to frame risk for clients within the context of how other risky initiatives and campaigns fared, you gain a more reliable barometer for success.

With increasing demand and higher expectations to produce creative that's fresh, authentic and memorable, the onus will always be on creative teams to push the envelope. With the right system in place to assess risk, you will be well on your way to reaping the rewards of your hard-earned ideas. 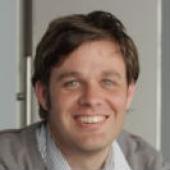