To Succeed in Mobile, Optimize the App Store Experience

READ THIS NEXT
You Can't Stop Instagram Bots by Looking. Brands Have to Stop Buying Them
Apple's App Store on an iPhone and the Google Play Store on an Android smartphone.
Credit: iStock/ymGerman

Building a great mobile app is not enough for success.

When planning your app marketing strategy, you probably sketched out a conversion funnel. But in that funnel is an unskippable step over which you have very little control: the download page in the app store. This is one of the most common holes we see in the conversion funnel; it is created by misconceptions about the process of qualified user acquisition.

What many marketers tend to forget is that the download page in the app store is usually where users make their decision to install (or not install) an app. The average user will make this decision in just 3 to 6 seconds. If you do not invest in making this experience count, no matter how much money you throw at media, or how creative and awesome your ads are, users will simply fall through the hole in the funnel created by an inferior app download page.

Odds are you measure your mobile media campaigns, then optimize and A/B test the messaging and the targeting for better performance. But while doing this, you might be forgetting that the real magic happens on the app page. Optimizing ads without optimizing the store's landing page is doing half the work -- or possibly less. Today, advanced tools and methods let you measure and A/B test the app page content to achieve optimal conversion rates. This makes it a complete experience for the user, and encourages downloads.

If marketers invested even a small percentage of the budget they spend bringing users to the download page on refining the page content to get users to install the app, their ROI would be much higher.

Getting found (and why It matters)

Another reason to optimize your app page in the store is organic traffic. Not only do most users discover apps by using the app store's search engine, these are also your most valuable users. According to research by Mixpanel, organic users are 70% more likely to use an app two months after installing it than are ad-acquired users. These users actively looked for an app to answer their needs, so they are most likely to install it and stay loyal over time. Obviously, you want these users to see your app before seeing the competition's.

Many major brand apps fail to do this. Try searching the app store for the term "watch tv." The obvious result, Netflix, is not in the top 5. Now try "documents." You'd expect to find Microsoft's Office apps in the top 10. Well, they just aren't there. But their competitors are. Try typing "find flight." If you're looking for familiar names like Expedia, CheapOair or Orbitz in the top 5, you'll have to keep scrolling down the search results list.

What are they missing? The process of researching, designing and compiling the most effective content strategy for app store pages. Or as it's called in the industry, App Store Optimization (ASO). ASO is often called the "SEO of mobile apps," but it's far more than that.

Whose job is it anyway?

Nowadays, it's mostly gaming giants and mobile powerhouses that see the potential of well-executed ASO. They employ in-house teams of about 8-9 professionals for ASO research, creative, content and tech development, helping them get ahead in the competitive mobile apps market.

In other mobile app categories, there is a severe shortage in effective ASO. The app stores are full of descriptions that read like they were written by developers (who are best left to writing code) or PR managers (who are usually unfamiliar with app store algorithms), and the screenshots are just that: boring screenshots.

Odds are, you are not going to spend time and money on an in-house team of ASO experts. Unless mobile apps are the core of your business it's simply wasteful and ineffective. So what many marketers do is entrust app marketing to a digital marketing agency, and hope that they know what they're doing.

Digital marketing agencies are used to the standard digital conversion funnel, where they have control of the landing page, know the trends, ad-networks and best practices. But when it comes to mobile, they often lack experience with app store algorithms and the world of mobile user acquisition.

The result? Underdeveloped ASO that doesn't live up to its potential, and truckloads of marketing dollars thrown to the wind with little to show for it.

Mobile app marketing today is somewhat ridiculous. Millions of dollars are being invested in media buying and driving traffic to mobile app pages. But the people managing these budgets either don't have resources allocated for ASO efforts, or are disconnected from the ASO process (as it is managed by someone else in the organization). By separating media buying and ASO efforts, instead of aligning them with the mobile strategy, many app marketers are simply shooting themselves in the leg.

What's even more absurd is that even though many app marketers have become aware of ASO's potential, they still hesitate to invest a small percentage of their user acquisition budget and plug the hole in their conversion funnel.

To generate a positive ROI on your mobile app, you need to do much more than buy ads, invest in PR and hope for the best.

Effectively executed ASO lower the cost per installation by over 20% on average, in our experience. The impact this improvement can have on ROI is significant, and the results over time can be more effective than any other app marketing effort. 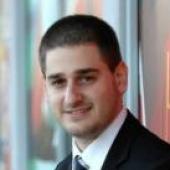