READ THIS NEXT
You Can't Stop Instagram Bots by Looking. Brands Have to Stop Buying Them
Podcasting - Stock image
Credit: arinahabich/iStock

If you have been sitting on the sidelines watching the decade-long growth of podcasting, prepare to be blown away in 2017.

After little more than a decade of experimentation and maturation, podcasting has hit its stride. Recent years have seen the medium steadily gain extraordinary traction with listeners, creators and brands. With 57 million Americans listening monthly (up 23%, year on year), the potential for podcasting's star to rise through content, discovery, monetization and technology is strong. Here's how I believe 2017 -- a year of significant opportunity -- will play out for the industry.

In the same way that Serial is credited with kick-starting the podcast renaissance, achieving over 230 million downloads across both series, ESPN is about to completely reimagine the power of podcasts in sports. Until now, most sports podcasts sounded like this: a predictable group of talking heads chatting while reviewing the week's games, often in aimless, circular banter.

ESPN is about to score big with an obvious winner, bringing Serial's rich narrative to sports. It's a fire-cracker of a formula that will put a rocket under sports podcasting with well-told, addictive story-telling. The sports broadcaster's 30 for 30 Podcasts, launching in early 2017, will tell original sports stories with new interviews and archival audio in the form of audio documentaries worth sharing. It's led by Jody Avirgan of FiveThirtyEight.

When the series drops, it will force sporting bodies and sponsors to look afresh at the power of podcasting and revisit their content strategy approach. As they create and monetise an increasing bank of owned content, an ESPN-inspired approach promises to succeed on many levels:

Discovery: What is this podcast thing?

Podcast listeners get hooked. Those in the UK listen to over 6 hours per week and those in Australia listen to 5.5 hours per week. With 55% of America's population aware of the term and 21% listening monthly, there's a huge opportunity to convert the remainder. The majority of terrestrial radio listeners have yet to discover that the "Netflix of Radio" exists and delivers content on demand. More will make this life-changing discovery each year.

In 2017, television networks will play a vital role in helping their viewers get wise to podcasts. In part, this will be through networks creating more companion podcasts. From exclusive interviews to insider commentary, b-roll audio to subseries storylines, podcasts will ensure fans get their fix across reality, drama and current affairs.

Podcasting is the zeitgeist of 2017. Multiple series' inspired by the medium are about to hit our screens, giving broadcasters an established format and ready-made audiences, while delivering podcasters greater reach and awareness. Fox 21 is adapting "Serial," which will follow the making of a podcast as it explores a case, as well as developing a "This American Life" project. ABC is recreating "Startup," starring and directed by Zach Braff, a podcast that follows the creation of podcast company Gimlet Media. "Lore," the winner of iTunes' Best of 2015 award, which focuses on dark historical tales, is also set for Amazon, backed by the producers of "The Walking Dead."

The proliferation of connected cars across Apple CarPlay and Android Auto is another key and unstoppable factor driving podcast discovery. Podcasts will go into hyperdrive with more than 200 models to carry the technology in the next 12 months. Platforms like Google Home and Amazon's Alexa will further boost take-up, breaking down barriers between discovery and play.

A number of major brands are cementing podcast advertising and creation into their marketing. In 2016 brands like GE, eBay, Slack, The Intercontinental, Virgin Atlantic and Tinder led the charge. Continued audience fragmentation is spurring advertisers to take advantage of podcasting's ability to target niche audiences. Advertising is forecast to grow in the US about 25% a year through to 2020.

With people preferring ads in podcasts over any other digital medium, platforms must resist the temptation to serve up generic, programmatic advertisements. In some corners of the industry, this has led to radio style ads (designed to stand out from the crowd), weaseling their way in and letting down the intimate listener experience.

Custom or branded podcasts will also gain momentum. Advertisers will press their content marketing strategies to produce audience-first content aligned to their brand's purpose and values. The non-negotiable foundation is for brands to give creators the freedom to do what they do best -- create content that listeners seek out -- rather than producing thinly veiled, brand-centric messaging that will be left on the shelf.

Technology: The industry within

Since podcasting inherited half its name from Apple, the giant has backed its growth. In 2005, Apple gave birth to podcasts as a feature of iTunes. In 2012,e Apple gave podcasting its own app and watched as 1 billion subscribers signed on. From 2014, it recognized the industry's maturity and durability by pre-installing the app on all iOS devices.

But Apple has been lax in responding to demand from podcast creators and advertisers for more comprehensive consumption data. Although the scope of podcasting data is well ahead of that available for radio, print and outdoor, there is capacity to turn on even more detailed feedback. Apple may account for 60% of all podcast downloads, but the giant also has to focus on more intricate, time-consuming and profitable challenges in its stable. An entire industry has evolved in this vacuum, cobbling together various supporting metrics until Apple turns its attention back to podcasting.

Many think that 2017 could be the year that Apple takes another look at its industrious offspring. I concur with the views of media analyst Ken Doctor, who predicts a scenario in which Apple provides paid-for access to non-invasive, actionable data, and thereby avoids quashing podcasting's thriving sub-industry.

Nielsen has seized the challenge, bringing order to the wild west of podcast metrics. It has announced a plan to provide creators and brands with robust consumption data, installing audio-measuring SDK units on streaming players to deliver more reliable analytics.

The potential for podcasting and its evolving industry in 2017 is immense. Leaders must combine to take on the challenges and create a blueprint that ensures the star performer continues to rise. 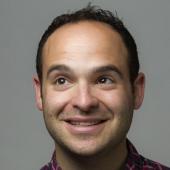