Don't Pop the Champagne Yet: Ad Fraud Predictions for 2016

Ad Industry Must Stay Vigilant in Fighting Ad Fraud
READ THIS NEXT
You Can't Stop Instagram Bots by Looking. Brands Have to Stop Buying Them

With 2015 coming to a close, 'tis the season for the online advertising community to reflect on past accomplishments and toast to what the new year has in store.

While we should certainly celebrate the efforts and improvements we've made in fighting ad fraud, the game is far from over. In fact, the better we get at detecting fraudsters, the better fraudsters get at finding new ways to go undetected.

Even though fraud as we know it will decline, more sophisticated tactics will become more widespread. Just look at bot fraud as an example.

In the last year, ad exchanges and other parties began to significantly chip away at botnet traffic. AppNexus made a loud and impactful statement cutting botnets from its exchange by discontinuing relationships with partners who were sending traffic with fraud levels over a certain threshold. But in spite of our increased awareness and scrutiny in detection, bots are still falling through the cracks. On the sell side, there are often multiple layers of intermediaries between legitimate publishers and ad exchanges, so fraud can still be included to some extent in mostly clean traffic streams.

As the advertising ecosystem becomes more sophisticated, bots evolve in complexity as well. The days when simply optimizing for viewability was seen as an effective way to reduce risk are over. Now bots can render HTML and even fool MRC-accredited viewability vendors into thinking ads are viewable. And while the traditional fraud lifecycle -- with "scraped" content that has the sole purpose of monetizing non-human traffic -- will become marginalized, we predict that botnet activity will increasingly be concentrated in "mixed traffic" sites, which have both human and non-human visitors.

It comes down to this: As long as there are opportunities to commit fraud, criminals will find a way to insinuate their way in. That's why I suggest ringing in the New Year with a pledge to stay vigilant, aggressively seeking out fraud in all its forms.

Even though botnet fraud has been in the spotlight in the last year, fraudsters are now turning their attention to other vehicles like ad injectors and mobile fraud.

A recent Forensiq study about mobile device hijacking found that consumers were inadvertently downloading "zombie apps," which look innocuous to the naked eye but actually run up to 16,000 ads in the background of a phone without its owner's knowledge. This mobile ad fraud, which impacted 12 million unique devices over the study's 10-day span, didn't just cost consumers battery life and up to 2 gigabytes a day -- it costs advertisers some $850 million a year.

After the report was published, Google suspended a handful of identified "zombie apps" from the Play store for violating its policy. But is getting kicked out of an app store enough?

As we become more diligent about fighting digital ad fraud in all its forms, I think we will become more adamant in our demands for accountability. Also, agencies will become more vocal about standardization. The signs are there -- for example, the release of the MRC's "Invalid Traffic Detection and Filtration Guidelines" this year means there will be a standardization of fraud in 2016.

But even more than weeding out the sickness in the industry, even more than creating standards that have teeth, maybe 2016 will also be the year that we demand legal accountability for fraudsters. What is ad fraud funding? And who is behind the fraud? These questions aren't just getting asked by major advertisers (who are losing close to a billion a year in mobile device hijacking alone). Fraudsters are knocking at the door of consumers -- and consumers are more aware of it than ever before.

As we move toward interfacing better with law enforcement, it is logical that the perpetrators should be held legally accountable. We just have to find the perpetrators first. And they won't just be on desktops and smartphones. As consumers embrace the internet of things, new hardware like home security and smart TVs will become new targets.

Combating digital ad fraud is a sophisticated game of chess. We can't be satisfied with the victories of last year. Instead we should look to the challenges -- and opportunities -- of the next.

So as we count down to 2016, go ahead and drink a well-deserved glass of champagne. But make sure you are well rested. We've got a lot of work to do in the morning. 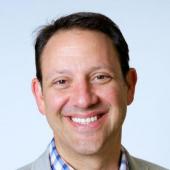