How Independent Publishers Can Fight the Google-Facebook Duopoly

The digital advertising ecosystem comprises an unlevel playing field vastly favoring the duopoly of Google and Facebook. Controlling 85% of media spend and 80% of referral traffic to independent publishers, this duopoly sets the rules and uses undue influence. Publishers and marketers alike reinforce the walled gardens of these duopolies, enabling the continued growth of these two companies, while simultaneously eroding their own revenue and ability to compete.

How did we get here?

Google and Facebook earned massive user bases before they even figured out their business models. But once they did, what they offered marketers was tremendously appealing: a large, logged-in user base (across multiple devices) with a treasure trove of addressable audience data, as well as massive scale within a well-lit environment, executed within a single technology stack that provides minimal data loss. For marketers looking to reach specific people or audiences, these platforms are a giant "easy button," and the reason they're on every digital media plan.

In stark contrast are the independent publishers. While these publishers, comprising the third-party ecosystem, arguably offer the same data, scale and capabilities, it's broadly fragmented across a landscape of publishers, partners and technology platforms. Every publisher has a mere slice of comparable audience scale, with a much smaller portion of that audience logging in at all, much less logging in via multiple devices.

Audience data is broadly fragmented too. Individual publishers posses a slice of comparable audience behavior, demographics, interests or shopping intentions, compared to the walled gardens. Additionally, transactions are executed via a slew of third-party technology vendors and addressable audience pools. While there is a common audience across all independent publishers, its addressability is fragmented across hundreds of proprietary identifiers, involving complex integrations and resulting in data loss that reduces scale of audience-based buying by more than 50%.

What can we do to fix this?

Fortunately, we have some of the critical pieces in place today that enable buyers and sellers to change this dynamic. Real-time bidding and header bidding have standardized and democratized access to audiences at scale, and we have a rich set of vendors that are already working closely together to form an open ecosystem. Publishers are formalizing coops to aggregate their data and audiences -- although the execution is still awkward, inefficient and in its early phases. Additionally, private marketplaces enable buyers and sellers to negotiate directly, with guarantees available. But these are still early days.

The key missing leg of the stool, and the greatest opportunity, is for the industry to align around a standardized ID for addressable audiences on the web. Google has its user ID, which forms the basis for every digital advertising activity -- data collection, ad targeting, measurement, attribution and even cross-device. So does Facebook. These companies protect these IDs and all the key activities and learnings from them from leaving their respective walled gardens. As a buyer, you cannot place advertising on Google and Facebook, optimize your spend against those audiences, and then port those learnings and that spend to other platforms. It's like Hotel California: you can check-out any time you like, but you can never leave!

In order for enable a viable option to the walled gardens, the industry needs to embrace a standardized user ID for web experiences, so that all buyers and sellers speak the same language outside of the duopoly. Instead of Google and Facebook and thousands of fragmented proprietary IDs, the industry needs a single industry ID for the all publishers and platforms not called Google or Facebook.

This is not a new idea. Others have tried it. But nobody has tried it as a not-for-profit consortium built through an IAB Working Group.

Nor is this a controversial idea. It benefits all players, without harming Google or Facebook materially. Leveling the playing field with a first party, standardized user ID benefits sellers, buyers and consumers alike. It's time. 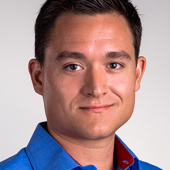 Alex Merwin
Alex Merwin is VP international at SpotX.
View all articles by this author