Why Not Generate Corporate-Sponsored Content that Folks Will Pay to Read?
READ THIS NEXT
You Can't Stop Instagram Bots by Looking. Brands Have to Stop Buying Them
Joe McCambley

Have you seen the November issue of The Atlantic? It features a fantastic cover story by James Fallows titled "The 50 Greatest Breakthroughs Since The Wheel." The piece covers everything from the printing press, No. 1 on the list, to the combine harvester, No. 50.

Modification 1. Use this label: "This article has been made possible thanks to a generous grant from GE."

GE's brand messaging over the past few years has focused on innovation. Its sponsorship of the article would make perfect sense. But the language used to notify readers is critical. In every discussion about native advertising, publishers say that editorial staffs won't dirty their hands working on ads; advertiser dollars will not influence editorial decisions. Advertising will be marked with a scarlet letter, such as "Sponsored Content." (The Atlantic, unfortunately, did more to create this attitude than any other publisher when it ran a native ad promoting The Church of Scientology that some readers mistook for regular editorial.)

But how can we expect native advertising to succeed in the long term when we nurture it in its infancy with labels suggesting suspicion and mistrust? "Made possible thanks to a generous grant" sound good and generous and concerned about great journalism -- especially when it's associated with great journalism. To many ears, "sponsored content" or "advertiser content" makes the material sound like lies.

After a reasonable amount of time, say 60 days, the article could be syndicated to the GE website and republished by GE under a licensing agreement. On the GE site could be a notification that says, "This article originally appeared in the November, 2013 issue of The Atlantic, and is republished with permission." GE could even link back to the original article. GE's connection to great content, as well as innovation, would be enhanced.

The company could then use this content in a number of ways. One might be to invite site visitors to enter into the debate, to see if they agree with The Atlantic's rankings. IAB standard banners could be placed around the web that juxtapose inventions, say, anesthesia and the cotton gin, and ask people to choose which is more important to mankind. Once people cast their votes, they could be connected to the GE site to read the entire story.

GE could continually update the inventions list, based on peoples' votes, and allow visitors to state their points of view. After millions of votes, there'd be a crowd-sourced list to compare with the one put together by The Atlantic. GE executives could join the fray. What if the heads of communications and jet engines debated the relative importance of radios and rocketry to the success of GE? What if, after the debate, readers could (playfully, of course) vote on which executive stated the case best, and deserves the highest paycheck -- or an inexpensive trophy.

Modification 4. Tie the article and inventions directly to GE's business

At least 39 of the world's greatest breakthroughs are directly related to GE's business, from Archimedes' screw to air conditioning to the assembly line and steam turbine. GE could hire great journalists to write articles that explain the evolution of those innovations, and how they have helped GE specifically, and the world at large. If dates of invention are known, GE could hold digital birthday parties for each. GE executives, journalists or noted science-fiction authors could write about the future of each invention -- how will rocketry evolve to affect interplanetary travel in 100 years? GE employees could inform the world about inventions they're working on that might make the list 50 years from now.

There are tons of other content on the web -- videos, articles, blogs, photos -- that could be aggregated to keep the conversation and the passion going. Use your imagination. How would you use The Atlantic's content if GE were your client?

No doubt, mixing advertising and editorial can put a publisher on a slippery slope. But suppose James Fallows had written that exact article as a native ad. Does that make him less of a journalist? Would it have sullied the reputation of The Atlantic? Would Atlantic readers have suffered in any way? Would anyone's integrity or happiness have been compromised?

Maybe we worry so much about mixing church and state in this situation because we assume that native advertising will be like almost all other advertising: bad. But what if a publisher and its advertisers committed to create only top-quality journalism? What if native advertising became indistinguishable from editorial not because publishers and advertisers employed deceptive labeling, but because the quality of the content were equal? What if, for once, advertising were created with the same, great intentions behind editorial?

If I were a publisher, I'd hire writers and editors of Fallows' caliber to run the editorial side of my native-ad business. I'd commit to turning out the kind of native advertising that people will actually pay money to read. I'd make sure that my native advertising was so good it would scare my editorial staff. I'd have my ad edit and magazine edit teams locked in a content war. And I'd arm my advertisers with the kind of native content they can leverage in multiple ways for many months.

I'd still keep church and state separate, but make sure they were equal. That way, everyone would win -- especially readers. 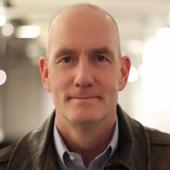 Joe McCambley
View all articles by this author