The Psychology of Video Advertising

In a 2016 study of marketing professionals and online consumers, 88% of marketers stated video was an important part of their marketing strategy, while 69% of online consumers said they would rather watch a video than read a product explanation. In a different study, statistics prove that businesses using video grow company revenue 49% faster than companies without video content.

Why has video assumed this dominant role?

Taking a psychological view of advertising, there are two key ways that ads can be persuasive: the central route and the peripheral route.

The central route refers to situations whereby the consumer is invested, in the sense that they want or need the product, and thus can make thoughtful decisions based on facts and logic.

The peripheral route is where the receiver does not think carefully about the communication itself, and instead makes decisions based on superficial stimuli, also known as "cues." Cues can include colors, music, storytelling and more. In the peripheral route, content and facts may be ignored or overlooked.

Video ads generate far more emotional cues than a photo can, with the ability to tell an extensive story and appeal to a wider range of senses.

Videos trigger the central route for some people and the peripheral route for others, two avenues that eventually converge with a common goal: to sell a product or service by selling an underlying idea. It's ideas that evoke specific emotional responses: joy, pride, sadness, anger, laughter, nostalgia, etc. These emotions fuel passion, and drives human behavior while building a brand relationship with an audience.

Armed with this insight, the question becomes: are content directors equipped with the tools they need to tell the product's story in a video format that uses both avenues to reach the hearts and minds of their target audience? This becomes even more challenging given that the average attention span for video viewers is 8.25 seconds, down from 12 seconds in 2000.

Contrary to popular belief, a video advertisement does not need to go viral to be successful. But studying videos that do go viral is useful to assess which tactics best influence consumers.

Google's "Friends Furever" video spot for Android features a series of unlikely animal friends frolicking together, set to upbeat music. Animals have little relevance to mobile phone operating systems, but the use of cute critters seems to be a foolproof tool to grab attention. This video now has over 27 million views on YouTube. By targeting users emotional soft-spots, Android's video marketing team successfully employed cues that created a positive effect on consumers -- letting emotions, not facts, drive attitudes towards the product.

Intel's five-part series titled "Meet the Makers" shows inspirational stories of people using their products in innovative and exciting ways to change and even save people's lives. These videos display the efficacy of flagship Intel products by showcasing both courage, creativity, determination and positive uses of technology in the world, with a very emotional and human touch, appealing to both logic and sentiment. The result? A successful marketing campaign.

By applying psychology to video advertising, we can begin to map out a marketing strategy for preparing video content. First, audiences must be identified along with both the facts and emotions that drive them to make decisions. Is the target audience retirees? How should they be approached differently than, say, millennials? Once we have discerned our target audience and what makes them tick, we can construct a story that will wind them up and get them going. Colors, music, sound, design and other technical aspects must then be carefully crafted to fit the story and stimulate the senses of the targeted audience. 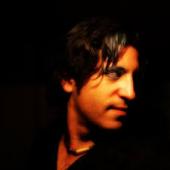 Tom More
Tom More is CEO and founder of Slidely.
View all articles by this author