Putting the Pulse Back Into Impulse Buys 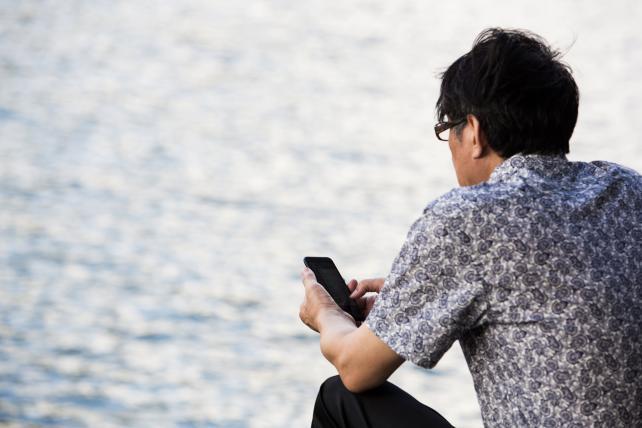 When it comes to retail impulse buys, chewing gum is the canary in the coal mine. And chewing gum sales are way down. You know why?

I can venture a guess.

A look at Euromonitor shows the decline in chewing gum sales began in 2010 -- the same year that one in five consumers in the U.S owned a smartphone, the same year that iPhone sales nearly doubled and the same year that App Store developers reached a milestone $1 billion in revenue. So it's easy to draw a correlation between the increase in screen time and decrease in sales. Smartphones pose a significant threat to any product that is designed to alleviate boredom.

Once-golden, in-real-life engagement opportunities -- standing in cashier lines, public transportation rides, airport delays, commercial breaks, to name just a few -- have been screen-jacked. Today, even when consumers are bored, they're not really bored; they're playing a game, reading news, engaging with social, watching videos, and so on. They are constantly consuming information and performing tasks on their devices. On top of all this, ad-blocking keeps some mobile creative from ever being seen, even though mobile ad rates have increased. Even the savviest marketers feel tested.

This is not to say brands haven't been paying attention. Ad spend has also grown exponentially in recent years. The problem is, in part, that it's still not growing fast enough. Forecasts from eMarketer predict that mobile will surpass more than a quarter of total media spend in 2017. This is significant in that it's an unprecedented share, but there's still a costly disconnect when brands are investing more in television than in a device that is within arms' reach, 24/7. Mobile is, simply put, underserved.

The spectrum of mobile behavior

Even then, an increase in ad spend won't automatically translate to impact. The range of smartphone experiences require a much more nuanced approach to mobile campaigns. For example, targeting by age range, income and gender is useful, but when one target consumer is sneaking a peek at their device during a meeting, while another is leisurely scrolling on the back patio, their level of receptivity will vary dramatically. Only by understanding where a consumer lands on mobile's "on-the-go" to "lean-back" spectrum can a marketer identify the best time to engage. The data is there; marketers just need the right framework to analyze it.

This more-contextual approach is particularly valuable to products like chewing gum that have historically relied on boredom to influence sales. By identifying consumers in a "lean-back" state, you can zero in on those who are in that valuable, "bored" mindset. Likewise, if you've lost the wandering eye of your target audience while they're waiting at the checkout counter, you can regain influence by ensuring your ad is on the mobile screen during the same moment. The traditional engagement opportunities haven't disappeared, they've been reinvented and reformatted for the device.

Smartphones have created challenges for many marketers, but they have not killed the impulse buy -- yet. There's still time to refine marketing approaches to better align with modern behavior. With greater sensitivity to the mobile experience and the right investment, marketers can easily generate the same, if not greater, influence on target audiences. Today's consumers are hyper-engaged, but there is still a spectrum of receptivity, and opportunity, within all that activity. By decoding an audience's smartphone behavior, marketers will discover that mobile consumers can, indeed, tap and chew gum at the same time.