Ask the Right Question About Viewability

An Industry Standard Is a Starting Point, Not the Finish Line
READ THIS NEXT
You Can't Stop Instagram Bots by Looking. Brands Have to Stop Buying Them

According to the prevailing industry standard, an ad is considered "viewable" when 50% of an ad's pixels are in view for at least 1 second. But this may not be sufficient for many advertisers, and some publishers are now accommodating demands for all pixels to appear in view. While the Interactive Advertising Bureau says it's too soon to guarantee that every ad impression meets the definition of "viewable," moreover, ad agencies are pushing back there too.

So what good are the standards that trade groups have worked so hard to develop if some of the world's leading media buyers decide to implement something different?

The viewability issue reminds me of another highly contentious issue: privacy. Many different entities tried to flesh out privacy standards over the past few years in an attempt to address the fundamental question of "what's really the best way to empower consumers and protect their privacy while keeping the internet free?" With so many competing priorities and interests, it soon became clear that a one-size-fits-all approach was not in the cards.

The Digital Advertising Alliance of major ad trade groups developed its self-regulatory Ad Choices program and a reasonable portion of the market got on board. The E.U. made privacy disclosure in advertising a law, building in the requirement that businesses give consumers a means to consent to be tracked. With other, different perspectives on the best mechanisms to build and a lot of nuances around the fundamental question, the solutions became increasingly complex. Ultimately, market players just wanted to know which rules applied to them and what they had to do. The best answer I always heard went something like this: "This shouldn't just be about adhering to standards. It should be about having the flexibility to do what's best for your own business."

The most proactive companies took that to heart and, in the name of continuing to build great relationships with their customers, went above and beyond minimum privacy standards, taking every opportunity they could to be as transparent as possible about how they used data. Research showed that when they were, consumers were inclined to buy more from these brands. Those companies did what was best for their businesses. Other companies, in the name of merely being able to say "we're compliant with standards," just made sure that they could tick the boxes of whatever requirement scared them the least.

It's easy to look at viewability in the same light. Standards are important and will continue to evolve to strike a reasonable balance for buyers, sellers and everyone in between. Some proactive companies are already holding their partners to a higher standard than what's been set by the cross-industry Making Measurement Make Sense (3MS) group. Likewise, publishers are now experimenting with different page layouts and ad formats to more appropriately address the need for viewable ads.

Test and learn to inform your choices
Instead of looking at viewability in a vacuum, we need to make decisions based on what drives the best results. Determining ad effectiveness is a complex game, and the only way to get a true picture of how viewability impacts performance is to analyze it in combination with other metrics -- engagement, dwell, media cost, gross ratings points, attributed conversions and much, much more.

If, for example, a video ad has high viewability but a low start rate, it would be helpful to combine these two metrics when evaluating the quality of a placement. The relationship between gross ratings points and viewability is equally interesting, as it may help accurately value sites in a media plan. Getting to this level of analysis and customization requires some level of interoperability between ad serving and verification technology.

Enabling choice
These insights are even more powerful when you have the flexibility to test and check how different viewability thresholds work. For example, when there is a high correlation between the amount of time an ad is viewable and the conversion rate, the brand might decide a higher threshold is warranted. Though the industry standard defines viewability as 50% of an ad's pixels being visible for one second (two for video), brands can play with thresholds for both viewable surface area and viewable duration until they find the right fit for their campaigns. An agency might have one advertiser for whom a large viewable surface area is important, and another who places more value on the amount of time their ad is at least partially in view.

Moreover, a flexible framework allows publishers and advertisers to work together to come up with a set of trading standards that determine a common definition of quality. What is most valuable to one buyer may be less so to another; this is about creating a transparent environment in which both sides understand the options and base trading and pricing decisions on what works best for everyone.

Whether you're still figuring out your approach to privacy, viewability, or any other standard, remember that it's not just about getting in line with everyone else -- it's about having the flexibility to go beyond lowest common denominator standards and make the best choices for your business. 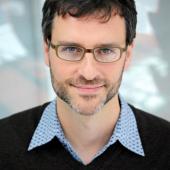 Scott Klass, VP- Global Marketing, Sizmek
Scott Klass is marketing strategist at Sizmek and previously led marketing for the early Right Media and, more recently, for Ghostery/Evidon.
View all articles by this author