'Programmatic Guaranteed' Will Mean RTB Gets Upfront Ad Budgets
READ THIS NEXT
You Can't Stop Instagram Bots by Looking. Brands Have to Stop Buying Them
Jay Sears

What is programmatic guaranteed? And what makes the market so ripe for it?

In the rest of the ad business, when you allocate your media budget, you expect this budget to be spent. This has not been the case with real-time bidding -- the fastest growing segment of digital media. Until now.

Real-time trading (or real-time bidding, or RTB) has always been about the "spot" market -- the non-guaranteed. It's the inventory the sellers can't sell. Chief revenue officers at top comScore publishers and media heads at leading agencies are amused, and often confused, by the spot market's complexity. They know that the real money is in guaranteed budgets.

Programmatic guaranteed (also known as "futures" or "programmatic premium") combines real-time trading and automation with guaranteed, 100% book-to-run budget capability. It's the ad-tech world and the "real" world, together at last.

Advertisers submit electronic RFPs (request for proposals) to publishers, with rich, structured meta data about audience, budget and desired outcomes. Publishers offer packaged inventory to a marketplace. The media kit and editorial calendar, with their seasonal and feature-driven calendars, are now electronic and searchable. Super premium, unsold premium and other guaranteed and private rights are presented, discovered, negotiated, sold and transacted in the digital-ad equivalent of the iTunes store.

Audiences aggregated across publishers -- or across a class of publishers (think about various indexes in the financial market that connote quality or value, such as the S&P 500) are offered in the same marketplace, according to cycles followed by the media planner and buyer. Advertisers can RFP audience aggregators, who package an audience across a designated publisher class. All this -- on your iPad -- at lunch.

Here is why this is happening now:
It's the budget, stupid. Programmatic guaranteed -- a market that may soon bring in $9.1 billion a year -- has four components. Each has its own dynamics and stakeholders: the mid-tier and premium direct sales of most publishers ($2.65 billion), the mid-tier and premium direct sales of the top five publishers ($2.65 billion), the ad-network business excluding RTB ($1.8 billion), and the existing RTB market ($2 billion).

The ad-tech industry has already laid the pipes. Unlike the early days of online advertising (AOL's walled garden) or search (Google's way, or the highway), real-time trading is an open framework, with enough agreement around standards that companies can participate without too great an investment. Support for this openness has come from the leadership of the Internet Advertising Bureau and its various initiatives, including its Quality Assurance Guidelines, OpenRTB and its newly formed Advertising Technology Advisory Board and Council.

A bigger pot of ad dollars await. The current RTB market is $2 billion. Ad networks, agency trading desks and demand-side platforms (DSPs) are all asking themselves the same thing: How do we grow 50 percent, 75 percent or 100 percent? Dipping into a $9.1 billion pot is a lot more attractive than mud wrestling for the same $2 billion.

At the same time, agencies and marketers continue to struggle with reducing the operational costs associated with digital (20% to 30% of a media budget is spent on overhead, or execution costs) and they know that until they reduce that percentage, digital spend will only creep beyond its current 10% share.

DSPs and ad networks have long pushed for "better" inventory -- higher quality content and demographics. On the flip side, supply-side platforms (SSPs) are always pushing for bigger, better cost per thousand and overall budgets to support the delivery of that "bigger, better" inventory to automation.

As soon as we can sort all this out, the ad technology can be subjugated, so that it seamlessly supports buyers and sellers working more closely together. The only debate is how much budget will move to programmatic guaranteed, and how fast. 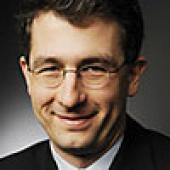 Jay Sears
View all articles by this author