The Real Victims of Ad Fraud Might Surprise You

Publishers, Not Just Advertisers, Are Getting Hurt by Fraud
READ THIS NEXT
You Can't Stop Instagram Bots by Looking. Brands Have to Stop Buying Them

Advertisers have been making a lot of noise about viewability and fraud lately. And with good reason -- according to sources like comScore and Google, half of online advertising dollars go to waste due to bots, click fraud and out-of-sight placements. While the costs to advertisers might be obvious, fraud has severe negative consequences for publishers as well.

Premium publishers have everything advertisers want: targeted audiences, quality content and brand-safe environments. They are the partners of choice, and their inventory commands the highest CPMs. But premium publishers are being squeezed by a confluence of forces. The first is downward pricing pressure on CPMs driven by rapidly expanding ad network inventory. The second is the challenge of growing their audiences to attract ad dollars. Finally, the shift to mobile creates entirely new monetization challenges.

Rampant fraud exacerbates these forces. For advertisers, network inventory creates significantly more supply, allowing advertisers access to cheaper inventory. As a result, publishers must compete with ad networks on price, forcing CPM's down. In theory, all of this inventory is comparable, but in practice, a significant portion of the inventory premium publishers compete with exists out of view, or it's consumed by bots.

In other words, fraud distorts the supply and demand that governs pricing. It forces publishers to compete with inventory that doesn't exist, driving prices lower.

Advertisers look to premium editorial sites as their publishing partners of choice. With the exception of new media models, like BuzzFeed and Vice, most of these premium editorial sites come from legacy print publications. While online destinations still carry the prestige of their print titles, the digital properties don't always have the scale that brand advertisers require.

This shortage of high-quality inventory, coupled with increasing demand, should lead to much higher prices. Over the last 20 years, however, CPMs have continued to drop as advertisers have become addicted to artificial rock-bottom pricing, fueled by fraud. Networks, exchanges and real-time bidding have created even more downward pricing pressure. Premium publishing brands were built on advertising scarcity, but now those brands compete digitally against vast ad network supply.

Even as publishers struggle with pricing pressure and audience growth, they face a bigger shift -- 40% to 60% of their audience now comes from mobile devices rather than traditional desktops and laptops. And mobile audiences are harder to monetize.

The traditional ad products that premium publishers sell for desktop viewing, such as homepage takeovers and expandable units, don't work on mobile. While screens have been getting bigger, they're still too small for standard desktop units to translate effectively. And the lack of cookies on mobile devices makes it difficult to target and track audiences. Advertisers still place less value on mobile because the industry hasn't cracked mobile attribution. This keeps mobile CPMs depressed. At the same time, platforms like Facebook and Twitter have developed mobile-first ad units that deliver impact and deeper metrics, making them more attractive to advertisers.

Publishers must monetize their mobile traffic, and thus far they have been forced to do so with ineffective and inexpensive ad units. And without effective tracking, publishers can't accurately represent their mobile traffic. As more advertisers embrace mobile, traditional web publishers will fight for low-CPM scraps, while mobile-optimized platforms such as Snapchat and BuzzFeed claim the high-value premium advertising dollars.

What publishers can do

Premium publishers are in a position to claim a bigger share of ad dollars by helping to eliminate the waste that comes as a result of ad fraud. It is in publishers' best interests to do away with fraud, identify bad actors and demonstrate that they can deliver viewable and valid impressions.

Already, we see advertiser/publisher partnerships like Unilever and Conde Nast figuring out how to deliver 100% viewability. As nonhuman traffic and invisible inventory gets eliminated, advertisers and media buyers will get a better sense of the true costs of reaching human audiences.

Fortunately, some publishers are already calling for more aggressive standards. According to a recent study by Integral Ad Science, almost 40% of publishers say the Media Rating Council viewability definition (50% in-view for one second) is not aggressive enough. Publishers can stand out by partnering with their advertisers to push for higher standards. The premium publishers who embrace transparency will differentiate themselves -- and help advertisers move away from paying rock-bottom prices for questionable inventory. 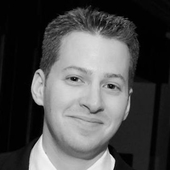 Corey Weiner
Corey Weiner is chief operating officer at Jun Group, which provides an ad platform for video and branded content.
View all articles by this author