Four Reasons Why Brands Should Unlike Facebook's Video Ads

If You're Looking for Deep Engagement, Facebook Video Is Not the Place
READ THIS NEXT
You Can't Stop Instagram Bots by Looking. Brands Have to Stop Buying Them

About a year ago, most users began to see something new in their Facebook news feed. Sandwiched between birth announcements and attention-seeking status updates were video clips. A lot of video clips, in fact. By September 2014, after the "Ice Bucket Challenge," Facebook was bragging that it served a billon views per day.

There's a reason why Facebook's videos took off: Unlike YouTube links, the vast majority of the videos were autoplay by default, of higher quality, and took up more space on the page. The advertising implications were obvious. Or were they?

Video ads deliver greater awareness and usually command higher CPMs than banners, which explains Facebook's interest in them. For advertisers, though, the case is less compelling. Despite Facebook's massive reach, if you're looking for deeper awareness and engagement, your video ad will probably perform a lot better if presented outside of Facebook -- particularly on contextually relevant sites -- for the following reasons:

1. Facebook is not the best forum for advertising in general. A recent study found that people have two primary motivations for going on Facebook: The need to belong and self-presentation. Usually brands would be well-suited to reach consumers where they feel the need to belong, but in this case, people are logging onto Facebook to engage with other people, not brands. When advertisers try to engage with consumers on the very platform which is facilitating their social interaction, the engagement can fall short. This could explain the considerably lower-than-average clickthrough rates on banners, and perhaps why Facebook seems to insist that most videos run as autoplay.

Sure, Facebook sells a lot of ads -- the company reported revenue for the first quarter of 2015 totaling $3.54 billion, but that's merely a reflection of the social network's huge audience of 1.4 billion monthly users, not of its power as a marketing medium.

2. Autoplay isn't appealing for many users. There's a reason that Facebook counts 3 seconds as a "view," while YouTube's figure is closer to 30 seconds. Since it seems the majority of Facebook's videos are mostly autoplay, it's debatable whether three seconds should even be counted as a view. Chances are you've seen lots of autoplay videos in your news feed and scrolled right past them. Again, this is a function of Facebook's status as a social network. Most people aren't going there to view videos -- they're going there to see what their friends are up to. Videos are usually just noise in this context, and the autoplay feature, even though Facebook's videos are mute by default, can make them annoying rather than enticing.

3. The placement is one-dimensional. There's only one place to find video ads on Facebook -- in the news feed. However, with a broadly seeded buy you have a lot more options, including large native at the top of the page, in-post and in-page (the right rail and large players in the space below the fold). It's worth noting the latter can be an effective place to connect with an engaged user. After all, if someone scrolled down to the end of a story, they're clearly interested in the content. If your video lines up with that content, then the viewer might be more likely to be interested in it as well.

Does this make a Facebook video ad buy worthless? Not at all. You may find that your Facebook buy does pretty well, especially if as a brand you are looking simply for massive reach and a more broad awareness. However, if you are looking for deeper engagement from your videos; i.e. driving deep awareness, brand recall, affinity, leads and even conversions, I would encourage you to be a bit scientific about it. Test your video buy across the open web. Utilize a platform which targets audiences across the open web through publishers and contextual relevance, as well as audience, demographic and behavioral relevance, and see what you get. You may be surprised to find that the world outside of Facebook's walled garden offers a lot more opportunities for growth. 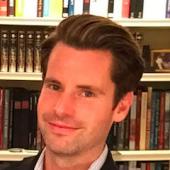