Five Reasons You Need to Focus on Earned Media

The Most Trusted Information Comes Not From You, but From Your Customers
READ THIS NEXT
You Can't Stop Instagram Bots by Looking. Brands Have to Stop Buying Them
Rob Fuggetta

Marketers currently face a barrage of challenges and shifts in the way consumers engage with their brands. But earned media is gaining momentum, and for good reason. Today, it's earned media impressions that are building brands and paving the way for an open dialogue between companies and their customers.

If you've been ignoring this trend, then you're missing a critical piece of the revenue puzzle.

Here are five reasons to start thinking about it.

1. Earned media is the most trusted and credible form of content for a brand
The most trusted source of information about your company comes not from you, but from your highly satisfied customers -- otherwise known as your brand's advocates -- in the form of the content they create such as reviews, recommendations, ratings and stories about their experiences.

But why does earned media pack such a powerful punch? Customer opinion can't be bought, which translates into a credibility that exists no other way -- and probably never will. The bottom line is that shoppers trust each other more than any other source when making a purchase, and that 's something brands can't afford to ignore.

2. Social media has amplified the sheer quantity and reach of earned media
Earned media has always held value, but in the always-on social world, consumers' experiences with each other can make or break your brand almost immediately.

According to the "Introducing Peer Influence Analysis: 500 billion peer impressions per year" blog post released by Forrester Research in April 2010, we now know that people in the U.S. generate more than 500 billion online impressions on each other regarding products and services. And if around 150 people view each of these posts (a conservative estimate, based on our research), that 's another 250 billion-plus impressions. In short, earned media is a powerful channel and social media has made it even stronger.

The best earned media is created by your brand's advocates. Every brand has them; they're your highly-satisfied customers, and they recommend your brand and products without being paid to do so. Thanks to social media, it's easier than ever to get them creating content for you by finding and engaging with this base of your customers.

3. Conversion rates are higher and ROI is undeniable
Earned media offers the highest value to both brands and consumers due in part to its trust-ability and growing reach, which we've already discussed. This, in turn, drives conversion rates and ROI. Let's take a closer look:

Still, many companies are spending a significant chunk of their marketing budgets on paid media in order to generate leads and clicks via paid search and other traditional digital marketing tactics. When you consider that companies are paying $5 to $250 per lead, and the effective rate they're paying for clicks can be as high as $2 to $6, it just doesn't always seem worth the investment. While lead generation has improved via traditional marketing tactics, the truth is that much of this investment yields low results. Overall, only about 1% to 2% of leads are qualified, and companies continue to feed the Google money machine, even though only a tiny fraction of that investment ever turns into sales.

Return on investment: Higher ROI is possible because earned media is cost-effective in the sense that companies don't pay directly for the content like they do with paid content. Instead, the investment comes from building a relationship with your customers -- and by identifying and rallying your brand's advocates to spread word-of -mouth.

Remember, earned media yields ROI because it is authentic, so giving customers an incentive to create branded content isn't needed. Your brand's Advocates are already spreading positive word-of -mouth. Think about it. When was the last time you recommended a favorite product, hotel, or restaurant? Did someone pay you for that honest recommendation? In fact, the number one motivation for consumers to recommend products or services is that they want to help others.

Earned media in a crisis: Toyota is a great example of an effective use of earned media -- in this case, to repair its image after the recall of millions of cars due to "unintended acceleration." Toyota has always had a large presence on Facebook and other social networks. After heavy media backlash, the automotive company turned to Twitter to organize conversations around their brand. Amidst the negativity, there remained a positive brand standing and a lasting trust among its Advocates that still surrounds the brand.

5. Earned media is measurable
There are dozens of tools that enable marketers to calculate quantity and quality of earned media. Now, advanced analytics enable brands to go beyond measuring buzz to measuring business and marketing results from word of mouth. These tools can track the impact of earned media on open rates, click through rates, and conversion rates, and this enables marketers to harness the proven power of word of mouth and track its impact as precisely as a pay-per-click or email marketing campaigns.

Case in point? In March 2010, Chili's tapped into the authentic enthusiasm of its highly satisfied customers to spread positive word of mouth, help drive traffic into the casual dining chain's restaurants and increase sales. And the results are clear. By making it easy for their customers create earned media for the brand, Chili's positively influenced 25.5 million diners by identifying over 750,000 advocates (and counting) -- who in turn have created over 75,000 reviews to-date.

Earned media is changing the way we view our brands and business models.

Though you can't buy earned media, that doesn't mean it's free. The rules for building a successful brand haven't changed. Your products or services must speak for themselves and that requires commitment and effort. And by shifting attention to earned media, brands can build deeper long-term relationships with their most-engaged customers, which will have lasting benefits in terms of ROI, rewards, and revenue. 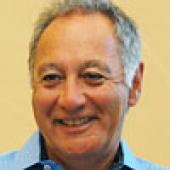 Rob Fuggetta
View all articles by this author