READ THIS NEXT
You Can't Stop Instagram Bots by Looking. Brands Have to Stop Buying Them
Geico's 'Unskippable' ads work so well because they were made specifically for their venue: pre-roll.
Credit: Courtesy The Martin Agency

Marketers today have a tough job. They are tasked with creating ever-increasing amounts of content, on tighter budgets and turnarounds, for a myriad of platforms and formats. For those producing video, the solution to this very modern situation isn't new or innovative, but rather builds on a very old practice: cutting longer spots into shorter ones of varying lengths.

This tried-and-true method served us pretty well in the much simpler TV era. But that era, for better or worse, is gone. Marketers are no longer speaking to a captive TV audience waiting for their scheduled program to return. Because of this, marketers know they need to create content that immediately grabs attention in a world in which 94% of viewers skip a pre-roll ad after the first five seconds, or, more accurately, as soon as they can.

Why are they still using longer 30- or even 60-second spots as their starting point for the bulk of their video content?

The problem stems from the fact that too many marketers are putting the cart before the horse, starting with big concepts that tell a really compelling story in their fully realized form, without putting much consideration into what other formats and lengths will be needed when the media buy is done. The result is often one great longer spot, and a bunch of watered down shorter cuts. The brand will still have to pay handsomely to get these residual cuts in front of an audience, even if they fail to live up to the promise of the original.

I know what you're thinking. This is how it's done because it's expensive to shoot multiple versions of a spot; the costs involved with extra shooting days, paying creatives for additional concepts and the services of production and post-production shops can be prohibitive. But so is buying media for ineffective advertising.

When we begin by respecting the integrity of the intended format, the results are better by leaps and bounds. A brilliant recent example of this approach is Geico's award-winning "Unskippable" campaign, which came to the universally hated pre-roll template from a fun and knowing place. By not just working around, but pointing out the limitations of the pre-roll format, the spots were able to grab viewer's precious attention, racking up 14 million views for the brand.

The "Unskippable" spots work so well because they were made to do exactly what they did. They were produced to be pre-roll, rather than made for TV, then repurposed to be watched for five seconds, then skipped. True, this type of ad might be the trickiest of formats to pull off in this way, but the principle holds up across all lengths and formats. When a 15-second ad is based off a 15-second script (rather than a 30- or 60-second one), you get a coherent, impactful little ad, rather than 10 pounds of you-know-what stuffed into a 5-pound bag.

It may sound counterintuitive for an editor like myself to argue against cutting down one long spot into many shorter ones, seeing as we're the ones who get hired to make it happen. But at the end of the day, we want to create great work and tell good stories. I can take pride in taking on the challenge of making a effective 15-second spot out of a complex, 60-second piece of video, and I can even do it well. That doesn't mean it's the best way to produce this kind of content.

As the platforms and media we use to tell our stories continue to proliferate, it's more than just time constraints we're working against. Directors and DPs must now account for a myriad of aspect ratios -- 4:3 center-cut safe for broadcast, 1:1 squares for Instagram, 9:16 for Snapchat -- to say nothing of what will come down the pipeline in a month or a year, creating another compelling reason to move away from platform-agnostic creative.

Marketers and creatives dedicated to producing memorable, quality content that truly connects with viewers, rather than just filling space in a media buy, are going to have to rethink their approach, and soon. By starting with a platform-specific creative approach that respects the integrity of the intended format, we can strive to innovate and exploit these time and format constrictions until they're no longer constrictions at all, but rather jumping-off points for totally new kinds of creative work. 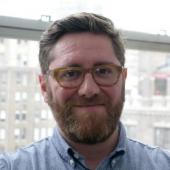 Maury Loeb
Maury Loeb is partner and editor at PS260, the editorial, post-production and visual effects company.
View all articles by this author