The Next Revenue Opportunity For Twitter (It's Not Advertising)

Thinking Beyond Advertising For Revenue
READ THIS NEXT
You Can't Stop Instagram Bots by Looking. Brands Have to Stop Buying Them
Mike Mikho

How did we ever get by without Twitter? The first three quarters of a basketball game seem unwatchable without the sidebar conversation on LeBron James' forehead. The guy who let Britney Spears back on TV would get getting threatening letters if it wasn't for the legion of pop-up comedians commenting on her every move. I mean, think about it – without Twitter, the world would never know what genius Ryan Lochte is .

The Twitter experience is truly brilliant, and as Facebook goes through a different iteration each year and LinkedIn tries to reinvent itself quarterly, the blue bird has remained reassuringly familiar. And while it's nice to have a consistent representation, I sometimes wonder what's next for Twitter. How can they strengthen their user experience, keeping in mind that the seamless mobile functionality is their greatest asset? There's one relatively simple fix that hugely scalable and wide open with potential – premium memberships.

Wait, put the pitchforks down. I know at least 30% of readers just raised their eyebrow and another 10% cursed my name, but consider the specifics first. Twitter can offer a premium option while maintaining free basic accounts, just like LinkedIn. They can make the upgrade relatively inexpensive for consumers to heighten the user experience, while charging brands significantly more, provided the marketing value is there. Here are just a few potential incentives:

Different font styles and colors: 17 year old girls would jump at this, as would brands that have distinct fonts (like Absolut Vodka or The New York Times). Because the text sticks out, it's almost like promoting a tweet

Richer content: Imagine having your photos, gifs or videos show up in users' Twitter feeds before they click the tweet. Brands could expect a major jump in engagement, and even image impressions that don't receive retweets or comments resonate with audiences more than plain text views. Consumers will get a kick out of this too, knowing that everyone will see the cat meme they tweeted

Interactive content: I owe this idea to Michoel Ogince, Big Fuel's Director of Platform & Product strategy. Premium members tweet questions or poles which appear directly in-stream, with each answer serving as a retweet. There's a clear incentive for brands, many of which already do this via Facebook, but think about all the consumers who constantly tweet out for help (e.g. what's a good dinner place downtown?). A more formalized and higher response format would be very appealing

This wouldn't work as well on mobile, but it's directly in line with Twitter's breaking news philosophy, and provides an interesting incentive visit their website. Live-streaming on Facebook has worked well for several brands, and something tells me the 17-year-old with the orange and pink font would be into this too.

Of course, Twitter would have to figure out the right pricing scheme for this to work, but keep in mind that brands pay around $125K per day just to promote a trend. That either means advertisers see the platform as a good marketing investment and would love premium access, or Twitter has unbelievable sales people.

From the consumer standpoint, their demographic skews towards the young, highly active social spender, so it's a fair assumption that they'd garner interest from all sides. The money generated would help further diversify their revenue model, which will be invaluable when they inevitably go public (just ask LinkedIn…or Facebook).

And while I'm sure there would be initial backlash from traditionalists around any new content format, experience tells me it won't last. Facebook hears complaints every time they change things up; people go on Facebook to talk about how terrible Facebook is , then start using the new functions and, in most cases, love them. So if Twitter goes down my suggested path, people will eventually learn to enjoy it, and likely even open up their wallets…at least big brands will. 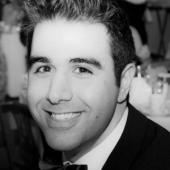 Mike Mikho
View all articles by this author