Everyone's Grading Their Own Homework

In a series of planned public appearances earlier this year, Procter & Gamble Co.'s Marc Pritchard delivered a pointed message to the media industry helmed by the digital duopoly of Facebook and Google. "Stop grading your own homework," Pritchard said, by which he meant allowing no third-party oversight for the performance of ads on their platforms. In March, both Google and Facebook said they would subject their metrics to oversight by the Media Ratings Council. Spurred on by a resurgent buy-side, it seemed for a moment that third-party measurement was gaining an edge, and that the era of platforms grading their own homework was coming to an end.

Then things changed. Just a month later, Oracle bought MOAT, a third-party ad viewability measurement company, for $850 million. In June, Snapchat purchased Placed, a location-based measurement company, effectively ending its run as an independent measurement option for agencies and publishers. Doubleverify was recently acquired by Providence Equity Partners, en route to "a forever home with a player like Nielsen, Adobe or, more likely, one of the larger marketing clouds," according to AdExchanger's analysis. And finally, there is open speculation about who will swoop in to buy Integral Ad Science, the last of the major third-party measurement providers.

Just as major ad players vowed to stop grading their own homework, they starting buying the entities responsible for grading it.

Domination by a few
The key is to step back and look at the big trends. In an effort to compete with the duopoly, the rest of the digital advertising sector will continue rapid consolidation. Lines between supply-side platforms (SSPs) and demand-side platforms (DSPs) will continue to blur; the supply side will continue to pool its inventory into consortiums and Private Marketplaces (PMPs), and point solutions will continue to get snapped up into full-stack offerings or fall by the wayside. It's not unreasonable to project a near future in which the advertising ecosystem is dominated by large, vertically integrated offerings competing alongside Facebook, Google and (maybe) Oath, with first-party data, not technology, as the primary competitive differentiator among brands.

In an industry dominated by a handful of large players, grading one's own homework will be an unavoidable reality. The reasons are simple:

P&G knows this; that despite all the browbeating, automation and scale are going to make doing one's own homework a more regular fixture of the ecosystem. They just want to make sure that the way that platforms do their own homework is sufficient and honorable -- answerable to the priorities of brands. They are putting pressure to remind the platforms that billions of dollars in ad spend can still exert some leverage. In my view, this is the long-term play behind the public assault on their current practices, and it's already bearing fruit. 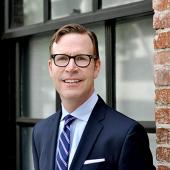 Michael Hayes
Michael Hayes is CMO/CRO of UberMedia.
Follow View all articles by this author