With the Potential to Fetch $2 Billion, Acquisition Proves Just How Valuable Content Remains in Digital Age
READ THIS NEXT
You Can't Stop Instagram Bots by Looking. Brands Have to Stop Buying Them
Reed Phillips

The prospective sale of Hulu, which was announced June 21 after its owners received an unsolicited offer, is shaping up to be the most intriguing media deal since Rupert Murdoch bought Dow Jones & Co. for $5.7 billion in 2007. The Dow Jones acquisition was fascinating because it came at a time when newspapers were already in disfavor and yet Murdoch paid a whopping premium for it.

What makes the Hulu sale so interesting is that it demonstrates just how valuable content remains in the digital age.

There is a good chance Hulu will fetch more than $2 billion. That's a sensational return for a company started with an investment of only $100 million five years ago. The three media owners in the Hulu deal -- Comcast/General Electric, Disney and News Corp. -- could collectively pocket almost $2 billion and their only contribution to the venture was content from their networks: NBC, ABC and Fox, respectively. The fourth partner, Providence Equity Partners, made the only cash contribution -- $100 million in exchange for 10% of the venture. (Providence, by the way, will only see a mediocre return on its investment, despite the networks' big payday.)

This year, Hulu is expected to reach $500 million in revenue and earn $45 million. A $2 billion price tag would represent 44 times earnings, a high valuation considering that other media businesses are valued at eight to 16 times their earnings. That may sound off the charts until you compare it with Hulu's prime competitor, Netflix, which has recently been trading at more than 80 times earnings. One of the reasons Hulu is such a precious commodity right now is because of what Netflix has accomplished: It has a market cap of $15 billion and 23 million paid subscribers.

Of course, Hulu's value will remain largely a function of the deals it strikes with its key content providers. Hulu without ABC, NBC and Fox is not exactly KoldCast, though it's not Netflix, either. Hulu is amassing a substantial backlist, but it includes very little you can't find elsewhere. It is the site's access to three of the four broadcast networks' full current seasons -- including day-after airing -- that draws the crowds. Will Hulu retain this unique spot in the market? It's unlikely, especially as Netflix, Amazon and Google's YouTube all want top-flight content and have pockets as deep, or deeper, than any new Hulu owner. Of course, this is more good news for content creators because bidding wars from several competitors will only drive the value of content even higher.

And why wouldn't the broadcast networks accommodate other paying customers? Hulu currently offers a revenue share of between 50%-70% to its content partners. And, Netflix has recently been renegotiating to renew its content deal with Starz at a cost expected to reach $350 million, which is 11 times more expensive than last year's arrangement. NBC, ABC, and Fox will seek to maximize revenue -- as long as it doesn't undermine their core businesses -- and are unlikely to cut the child they've sent out into the world any slack.

In fact, the fast-rising cost of premium content was a key factor in forcing Netflix to unbundle and reprice its product set this week. Streaming video, at $7.99 a month, now stands apart from Netflix's old-line (but still popular) DVD-rental business, which will now cost consumers an additional $7.99 per month (vs. $9.99 per month for everything until now). The fee for the streaming service matches Hulu Plus , so Netflix customers who have abandoned DVDs will certainly take a hard look at their options, especially Hulu. Regardless, consumers have made it clear for decades that they are happy to pay subscription fees for movies and TV shows, and would-be players such as Microsoft and Yahoo will see $2 billion as a low-cost entry for a vehicle that will let them go toe-to-toe with the cable giants, not to mention Google.

So despite the fuzzy outlook on Hulu's special access to new broadcast content, several buyers must be licking their chops because Hulu has high-quality content and has yet to unlock its full potential. Hulu is just now approaching 1 million paid customers. With the wider distribution that a new owner such as Google, Amazon, Yahoo, Apple, Facebook or Microsoft could bring, Hulu's customer base could be many times larger.

A sale of Hulu, moreover, will resolve the inherent conflicts that a content creator finds in handling its own distribution. And while it unleashes other potentially disruptive issues, it is far more likely that Hulu, under the ownership of a strong distributor, can shed its media cocoon and reach its full potential.

More than any other recent media M&A transaction, the sale of Hulu represents a major victory for content creators. Not only will the content creators in this deal be richly rewarded for their past five years of work, but they are likely to continue to see greater value paid for the content they create into the digital future. 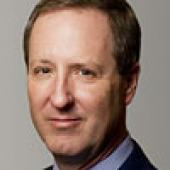