Setting It Straight: Trust is Better Than Transparency 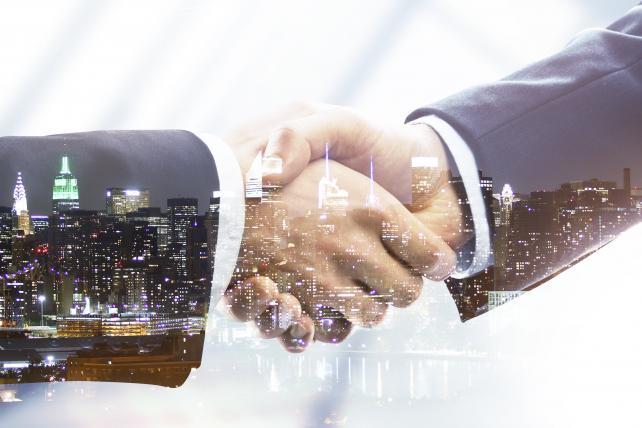 In the book "Tribal Leadership," the authors identify the five stages of culture, ranging from a "prison culture" to what could be described as a utopian giddiness. The prison culture is defined by hopelessness, with each member trying to undermine the other. There is zero trust.

The concept of trust and goodwill in relationships has been studied in depth. The prisoner's dilemma is one example, while The Trust Game is another. In both examples, and many other studies done on trust, the findings are always the same: The best outcomes for all participants occur when the parties decide to trust each other. This means they don't seek to undermine each other, cheat, steal, or accuse.

If we look at the shots being fired back and forth between the ANA and the 4As, between marketers and holding companies, we've regressed to a prison culture in which all observable trust has been broken.

Some may say, "So what?" Other than the good feeling we get when we trust each other, does this really matter? Heck yes. One study found that 1/8 of a point (on a five-point trust scale) between workers and management equated to 2.5% better profitability. The World Economic Forum forecasts that high trust enables 20% greater growth in a sector, while low trust stunts growth by 20%. That's a 40% swing, all because of trust! We're now left with one question, "How do we fix this?"

If Price Is Your Selling Point, Expect to Be Squeezed

I've worked at agencies large and small, and every agency pitches a new client by saying, "We buy it for less. It's that simple." That's not true. And, it's impossible to prove. Agency media-buying scores aren't posted like the home run leaders in the Sunday paper. Why then does this continue to be such a focus in agency pitches?

It's because until recently, results were too difficult to measure, and since costs couldn't be disproved, it was an easy claim to make. But today there's no need for an agency to talk about its buying efficiency because, in most cases, nearly all media can be traced back to measurable marketing objectives. If Agency #1 causes .04% of an audience to buy a product, and Agency #2 causes .08% to buy, Agency #2 could literally be twice as expensive but the cost-per-sale would be the same.

Marketers don't get off scot free here either. Marketers who focus on cost-per-outcome rather than a full-time-employee rate may end up paying their agency more, but if they achieve the lowest possible cost-per-outcome, isn't that coming away with a great deal?

The same applies to media supplier relationships. If we find a site or an app with an audience that makes it our best cost-per-outcome performer, despite the fact that the cost is 10% higher, why are we beating up that supplier over price? Why aren't we treating them well, thanking them for their partnership?

In the U.S., We're Still Capitalists

I believe the vast majority of this lost trust is due to our myopic focus on rates and fees rather than on results. But a major externality caused by this myopia is the righteous assertion that others shouldn't make money at our expense. Regardless of your or my personal views on capitalism, businesses in the U.S. (and in most parts of the world) still exist to make a profit, among other things. If agencies aren't making profits with their given fees, they will find a way. That way has been to hire junior employees, pay them little, use "salary recapture" by purposefully delaying filling an open position, and so on. Marketers, you're not getting a better deal. You're getting a worse deal. Worse value. It's just being hidden from you.

Agencies, your deal with publishers is no different, especially in digital. How many agencies understand DoubleClick for Publishers, an app ad server, or a publisher waterfall so well that they've negotiated their exact spot to ensure they're getting what they paid for? Few, if any. We should all ask publishers what it would cost to get the best out of them, pay them that, but then make them provide proof.

It's not that I don't believe transparency can be a good thing. I just believe that at this point, in the trust-less environment in which we find ourselves, transparency is not the answer. This seems pretty obvious, given that marketers have demanded transparency forever, because they think that transparency will give them a better deal. However, the reality is that the louder the call for transparency, the worse the problem seems to get. FTE costs are what the marketer thinks they're paying, and agency profits are the result of what the marketer is actually paying. Agencies and marketers don't trust one another enough yet for real transparency, and the calls for transparency over the years have only made agencies better at creating hidden costs and providing their services at a lower cost to them. Yelling the same thing louder won't help.

The first step is to measure results. I know this is challenging, because I've spoken with large marketers at conferences who struggle to measure their results. But we need to start somewhere. I've personally walked many agencies through the stages of how to measure results, ensure these stages were implemented, and helped them change their clients' minds about measurement. It's possible. But we need to focus on this first. Once the results are there, it's amazing how quickly the heat on agency fees dissipates.

Once we're all measuring results comfortably -- a practice that I suspect buys us a few years -- we can then talk about transparency, profits, and rebuilding trust. But let's start measuring first.