Planning a Run for Office? Here's What You Need to Know
READ THIS NEXT
You Can't Stop Instagram Bots by Looking. Brands Have to Stop Buying Them

Twitter and Facebook as tools that topple governments? We'd have laughed off that idea a few years ago -- but the "Arab Spring" protests prove that social media ignites (and spreads) passion and outrage better than any other communication vehicle. Social media will have a similar game-changing effect on the 2012 elections -- in fact, any candidate or issue campaign that expects to succeed needs to make social engagement a critical part of their strategy, or they're doomed to fail.

Television doesn't have impact it once commanded. The next occupant of the White House isn't going to get elected solely because of a brilliant social-media strategy -- but without such a strategy, candidates will not be able to enter a dialog with the majority of swing voters.

Social media made some inroads in the 2008 election, with the Obama campaign using Facebook to build volunteer donor networks and activate the base. In three short years, however, social media has evolved so dramatically, and become so pervasive in daily life for most likely voters, that the fledgling tactics deployed in 2008 look positively ancient. Here's why social media now has the power to make or break campaigns:

Audience: It's not just your kids and it's not just young Obama voters who user Facebook and Twitter. Social-media use by people over 50 is on the rise, and for elections, voters on both sides of the fence rely on social media to connect them to campaigns. According to a January 2011 report from the Pew Internet & American Life Project, Republicans and Democrats used social media to share political information at roughly equal rates during the 2010 midterm election. Facebook has 150 million U.S. users old enough to vote, and the average user has 130 friends. Any way you slice it, the social-media audience is massive, growing, and shares the information that most affects their lives with their family and friends online.

Influence: With the median age of a TV evening news viewer approaching 63 years old, it's possible that voters age 18 to 35 won't even hear a candidate's message -- unless it's coming to them through social media. The majority of all internet ad impressions take place on Facebook & Facebook apps. Social-media users rely heavily on their connections for advice on what to eat, wear, watch, and who and what to vote for. Facebook friends' suggestions matter far more than a TV commercial or newspaper editorial. Getting one's message into those billions of news feeds on Facebook is the key to entering the conversation.

Money: Realizing the size and power of social-media audiences, top brand advertisers (both commercial and political) are funneling serious money into online and mobile advertising. Investments in digital advertising for the 2012 cycle have already begun, with the Democratic National Committee/Obama for America allocating significant funds to digital advertising in the first quarter of 2011. And thanks to the recent Supreme Court decision on Citizens United vs. FEC to end a ban on political spending by corporations, the flow of money into campaign advertising -- and therefore, into social media -- will become a torrent. Thanks to the earned media that is created through viral sharing of political messages, studies of studies have proven social-media engagement advertising as the most cost-effective way to reach a targeted audience at scale.

Social media, and the content that its users share, has become a highly effective way for brands to hammer home messages and build stronger relationships with customers. Global brands such as Microsoft, Procter and Gamble, Coca-Cola and Disney are spending more and more ad dollars on social-media campaigns that engage people -- creating a conversation instead of just spraying more banner ads across web pages. And when people interact with these engagements, they're far more likely to share the experience with others in their social networks.

The impact of online engagement and sharing for political campaigns is unprecedented. People who use social networks like to take part in the same activities as their online connections. If they see that their friends are posting photos or checking in at political rallies or sharing candidates' videos, they don't want to be the last to know. It's called "FOMO" or Fear of Missing Out, which social media brilliantly takes advantage of .

Political messages within social media promise to engage users even more deeply than brand messages. Our recent SocialVibe study found that 94% of social-media users of voting age engaged by a political message watched the entire message, and 39% of these people went on to share it with an average of 130 friends online -- a rate of sharing that 's about double what we typically see for non-political campaigns. This shows you how "share-ripple" goes far beyond the initial audience targeted by the campaign. And 1/3 of friends opened the message -- creating millions in free earned media for the candidate or cause.

Local candidates can now use social-media engagement advertising to raise money from like-minded citizens far from their districts. There are many ways to generate excitement for candidates and issues online, ranging from simple emails that include links to Facebook pages and YouTube videos to engagement advertising that trades brand messages for desired content. However, these 2012 campaigns play out online, the key element for success will be sharable content: surveys, videos, "I donated" badges, and check-in rewards, to name a few.

An active and well-informed populace is the key to a strong democracy. Thanks to the power of social media, the 2012 election may be the most participatory election in our nation's history. 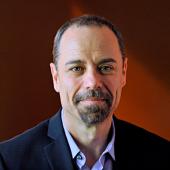