What Social-Media Marketers Could Learn From Broadway

The 'You've Got to See It' Factor Motivates Fans and Their Friends
READ THIS NEXT
You Can't Stop Instagram Bots by Looking. Brands Have to Stop Buying Them
Gian Fulgoni

My friend Arny Granat is a successful producer who co-founded Jam Productions in 1972 and is also a partner in Jam Theatricals, where he's been the recipient of numerous Tony awards. Over his 40-year career, Arny has produced thousands of shows and seen a lot of market research. At a recent dinner, we were discussing how one can best predict if a show will be a success or not. I listened intently as Arny said there is no special formula but there are five key words that , if spoken by anyone who has seen a show, can help make that assessment:

When people say this, Arny's experience is that a show's success is well on its way to being assured.

As I pondered the "Arny factor," it occurred to me that it could well reflect the quintessential value of Facebook (or other social-media channels) to marketers. A Facebook analysis of the top 100 brand pages suggests that for every fan, there are an additional 34 friends of fans that can be reached. So as fans talk with their friends on Facebook, Arny's theory suggests that brand-related communications (i.e. "you've got to see, try, like, etc.") have the potential for great influence.

At ComScore we recently set out to discover the extent to which this viral spread of brand messages occurs in practice. We selected three well-known brands for our analysis: Starbucks, Southwest Airlines and Microsoft Bing. Using ComScore's new Social Essentials service, we measured the occurrences of these three brands' unpaid communications with their fans and the degree to which these communications were seen by the friends of fans. Finally we examined the appeal of these brands to their fans and their friends using site visitation and buying metrics. The results are compelling.

The first thing we found was that the reach of these brands' communications were increased by a factor of between 125% and 169% when friends were included. In other words, more friends of fans actually saw impressions of these brands than did fans. That's terrific amplification.

Now, one could argue that these results simply reflect the dynamic that "birds of a feather flock together" -- that is , the preferences of fans and their friends are inherently similar. I'm sure that is part of the explanation. But I also think our findings reflect the persuasive influence that fans have on their friends. You could call it the amplification impact of a trusted communication.

You could also call it the "Arny factor," because similar to Arny Granat's conclusion that an audience's recommendations to their friends determines the success of a Broadway show, the persuasive influence of a communication among trusted friends appears to affect brand preferences. If this is indeed the case -- and at ComScore we'll be conducting additional research to determine whether there is such a causal link -- then it means that Facebook represents a breakthrough opportunity for brands to leverage the influence that we all experience from people we trust.

ABOUT THE AUTHOR
Gian Fulgoni is executive chairman and co-founder of ComScore, the global leader in measuring the digital world. 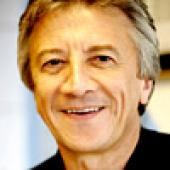