Five Social Trends Marketers Won't Be Able to Ignore in 2016

Marketers Must Adapt or Die As Social Continues to Evolve
READ THIS NEXT
You Can't Stop Instagram Bots by Looking. Brands Have to Stop Buying Them

With the year coming to an end, headlines like "The War on Advertising" and "The Perfect Storm" are becoming more common as marketers are getting the year-end jitters, asking "What's next?" and "Where is there space for my brand in 2016?" While the speed of social has always been dizzying -- new platforms, behaviors, memes and audiences are born and die every minute – the year ahead promises to be especially frenetic.

When it comes to social and digital marketing, 2016 is going to be an adapt-or-die year, one in which marketers will need to evolve as tectonic shifts in the way people use social networks and consume media on them will force massive change.

The rise of ad blocking is forcing us to focus our efforts on social, but most major social platforms are blocking off their exits. The growing dominance of one-to-one messaging platforms has us scrambling to find a meaningful way to exist inside them, but there has been little progress. Meanwhile, as every major social platform becomes more pay-to-play, marketers are frantically leveling up their advocate strategy and influencer game, and trying to maintain relevance organically. And to top it off, optimizing content for each platform has become exponentially more complex. In other words, 2016 looks to be the year that social hits the fan.

Here are five social trends marketers will not be able to ignore next year:

1. Messaging platforms will trump broadcast social networks. The explosive growth of messaging platforms continues on its trajectory toward domination, expected to expand from 2.5 billion to 3.6 billion global users by 2018 -- already a full 25% larger than the audience for social media. While one-to-one messaging soars, Facebook has noted that its users are posting less and less -- in fact, only 20% of millennials use broadcast social networks to post photos and videos at all.

Marketers face a critical challenge, trying to find authentic ways to fit their brands into one-to-one messaging platforms without annoying their audiences. Social platforms in China and Korea have taken stabs at it -- brands have all sorts of ways to add value to their audience on platforms like WeChat and KakaoTalk. But will western audiences be open to these tactics, or do we have to find another way? Branded emoji keyboards are a strong first step into this space, but we'll need more innovation, considering that the two biggest players in the game -- WhatsApp and Facebook Messenger -- currently offer no such options for brands.

2. Marketers will realize that Snapchat isn't social -- it's TV. Continuing diminishing returns will teach marketers that using Snapchat as an organic social channel isn't cost-effective, and that Snapchat isn't the next Facebook or Instagram, but the new TV. Think appointment-watching, awareness and buying eyeballs -- not growing communities, editorial calendars and real-time marketing. The language that the "new TV" uses is different, but it's still a newfangled TV spot, not a series of regularly scheduled organic snaps to grow your audience.

3. Ad blocking turns all eyes to social. Now that Apple's joined the war on interruptive ads, and the use of ad-blocking software has risen 48% within a year, brands will be forced to shift even more of their resources to social media, native advertising and influencer campaigns. 2016 might be the year of the nail in the coffin for digital display ads, meaning brands will need to rethink the role of digital and its place in the purchase funnel. Digital could become a pull-marketing only space, and even more synonymous with social.

4. The Hotel California effect will change the game. Increasingly, social networks are becoming Hotel Californias -- closed systems where you can check out, but you can never leave. Snapchat doesn't lead outside the network, Instagram barely does and Facebook is making every effort to keep users from heading outside of its walled garden. More alarmingly, Twitter users are increasingly hesitant to click on links -- the behavior is mirroring the platform shifts. The implications for marketers are enormous: Brands will need to optimize for on-platform success and conversation, and minimize CTAs and clickthroughs.

5. Social video will get more crowded and complicated. Gone are the days of posting your brand's video to YouTube and syndicating it across other social networks. Now a video needs to be optimized for every platform it's posted on in order to bolster its chances of success. It starts with YouTube, but then needs to be reshaped as a Facebook video, a Twitter video, an Instagram video and potentially a Vine or Tumblr video, for starters. A single video needs to be tailored for each platform, optimized for the audience and cultural norms of each. And deciding on a bespoke paid and influencer strategy for each platform also ratchets up the complexity. With VR looming in 2016, and live-streaming gaining even more momentum, pushing out that branded content continues to get exponentially more difficult. 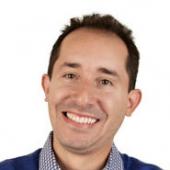