Expect More Investment in Second Screen and New Performance Indicators
READ THIS NEXT
You Can't Stop Instagram Bots by Looking. Brands Have to Stop Buying Them
Jesse Redniss

As we wrap up 2013, it looks like social TV is being pushed to its tipping point. Not only are we starting to find hard evidence proving the powerful return on investment of second-screen and social TV, we're seeing real-time insights into what viewers are actually watching. Let's take a quick look back at some key moments in 2013 and see if we can divine what 2014 will have in store.

Prediction 1: Big boys grabbing all the toys. Throughout 2013, we've had flurries of mergers, acquisitions and partnerships in social TV. Over the last few weeks, it's become a blizzard. With increased validation by multichannel video programming distributors, the market is finally showing signs of maturation.

GetGlue was acquired by i.TV in November. Then i.TV, whose platform enables content discovery for AOL, Huffington Post and Entertainment Weekly, received funding from DirecTV earlier this month.

Other TV resource apps are wooing users -- and video programming distributors -- through cooperation. Individually, the apps offer cool features, but when bundled, they become game-changers like NextGuide, which offers engaging second-screen mashups, data and utility. NextGuide is working with companies including DirecTV, Dish, Comcast and Fox.

As the cable and satellite companies try to woo back the cord-cutters -- people who used to subscribe to a multichannel service like Time Warner Cable or AT&T but now watch shows and movies online or through services like Apple TV and Netflix -- we'll see major players continue with increased investment in and adoption of second-screen technologies in 2014. With that, consumers will have more access to great content and utility across all screens as the living room becomes a unified-screen experience. New tablets bundled into a premium-cable package upgrade or cable-subscription sign-up will be the norm.

Prediction 2: Big insight leads to big action. The biggest news this month has been Apple's acquisition of Topsy, immediately followed by DataSift's $42-million funding announcement. Both companies, social-analytics firms, collect and analyze thousands of pieces of social content every minute. While Apple's plans for Topsy are unclear, there's no denying the invaluable proof that social analytics can provide

In 2014, Big Data will lead to Big Insights and Big Action. We'll see new benchmarks and key performance indicators emerge. Expect to see a cost per touchpoint/tune-in, or CPT, a flexible metric that will measure physical engagement on touch screens. We will finally find a metric that proves both digital and social activity attribution and direct causation to tune-in. With powerhouse Comcast teaming with Twitter to roll out See It, a Comcast platform that connects Twitter conversations and promotions around content to the actual viewership of TV shows, movies and sports, we can see the CPT right around the corner.

Prediction 3: Power to the people. We will start to see content influenced by real-time social data and insights, which condense the research process into minutes, not weeks. We've seen the beginnings of this already with fan- voted endings and live audience voting.

Prediction 4: Agencies change the channel to transmedia strategy. For me, the union of Big Data with media strategy means that instead of just buying on-air ads, agencies will make more strategic buys, focusing on a balance of mass reach and networks with the most energized fans or the largest social footprint. The movement from strategic to adaptive marketing will create real-time campaigns that are relevant to consumers on a minute-by-minute basis.

Prediction 5. Second screen becomes almost second nature. When Dora the Explorer asks a question and pauses for an awkward four seconds, instead of yelling at the TV, children now are grabbing a tablet and answering the question. If you have young children, as I do, the targeted Facebook ads for Disney Junior "Appisodes" are ubiquitous.

These second-screen watch-along Appisodes aren't just fun and engaging, they're educational. Providing young children with a platform to touch, answer and engage with their shows, Dora and Boots can help teach your child how to count and spell, while you can track their progress on these apps. In 2014, this market will explode, funded by millennial digitally-native parents with infants and toddlers.

ABOUT THE AUTHOR
Jesse Redniss is chief strategy officer at Mass Relevance. 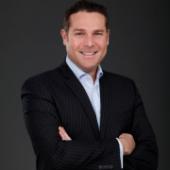