Incentivized Views, Virtual Currency, and the Future of Online Video
READ THIS NEXT
You Can't Stop Instagram Bots by Looking. Brands Have to Stop Buying Them
Mitchell Reichgut

The strange reality of the online video marketplace is that the demand for quality views far outweighs the supply. Most advertisers prefer to run their video on well-known sites, controlled by a handful of major publishers. Views from these sites are limited, and they are sold by an array of middlemen — ad networks, exchanges, and brokers — at various price points. It's not unlike an airplane, where everyone onboard pays a different price for the same trip.

So what happens when a brand shows up with big bucks and all the good stuff is taken? "Sorry, Mr. Beverage Company, first class is all booked up. We can, however, put you on the red-eye. I've got a seat in coach across from the toilet. Shall I book that for you?"

The reality is , no one's going to walk away from a lucrative advertising deal. This supply-and-demand imbalance has led to a host of less-than-savory solutions, everything from no-name Websites to forced pop-ups, auto-plays, and bogus "microsites" that are embedded in pirate video sites. Many brands that bought first class tickets are riding in coach, whether they know it or not.

This environment is unsustainable, and it's fueling the growth of a new kind of online video, incentivized viewing.

Seemingly overnight, virtual goods have spawned a multi-billion-dollar marketplace. Hundreds of millions of people have abandoned activities like daytime television in favor of social games, such as Farmville and Superhero City. Here, virtual currency is king. Got your eye on a spiffy new tractor? Looking to unlock new superpowers? Virtual currency is the ticket, and one of the fastest, easiest ways to earn your digital green is by watching a video.

Driving millions of U.S.-based, opt-in video views was compelling, but the high rate of social interaction was the real hook. Sure, people complete the videos to get their virtual currency, but why were they sharing? As it turns out, the answer is simple: Every view generated can be matched against an age-and-gender database, so people are exposed to videos that match their interests — and they're choosing to watch.

Remember, an opt-in view is wholly different than an auto-play, and the social gaming audience is expansive. Our data shows that the average social gamer is a 27-year-old woman, and with 200 million users, we can reach everyone from moms, to 18-34-year-old males.

Brands that try this space have been coming back with bigger budgets because the value is evident. They are connecting with consumers in the Internet's most influential space, and they're doing it on the consumer's terms. No roadblocks, no expanding animations, and no interruptions.

Our company has already built the capacity to drive more than 1 million U.S.-based, opt-in video views per day. More and more of these views are incentivized. We're doing it on mobile devices, in online communities, and with major Web publishers. Consumers clearly love incentivized video views. We predict that before long most brands will, too. 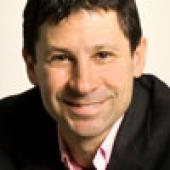 Mitchell Reichgut
View all articles by this author