The Rise of Customer Complaints Is an Enormous Opportunity for Marketers
READ THIS NEXT
You Can't Stop Instagram Bots by Looking. Brands Have to Stop Buying Them

Companies that commit to responding to every customer, in every channel, every time reap the most benefits.

However, the majority of companies are still missing the mark. Here are three steps to help any team get in the game.

Acknowledging engagement from customers builds loyalty, trust and a sense of continuity.

In February 2015, the Shutterstock website experienced an outage. Customers couldn't access anything. Immediately, Shutterstock received tweets asking "Is the site down?"

Shutterstock inadvertently uploaded a web page that said, "The site is down for scheduled maintenance."

"People were not pleased," recalled former Content Marketing Manager Sarah Maloy. "So we got a lot of tweets, two or three per minute. Some of them more angry, some of them calling BS on us saying, 'I don't believe this, Shutterstock.' We tried to be transparent, and we joked around."

Todd Kron tweeted: "@Shutterstock website is down. Down. Down. #ItsNotMeItsYou"

Within two minutes, Shutterstock responded with: "@ToddKron #ItsNotYouItsDefinitelyUs . . . and we're working on it! Thanks for your patience today, Todd."

Shutterstock's approach worked. Shortly after the outage was fixed, customers sent tweets praising the company, including one from Suzanne Deveney in Chicago: "Need a great example of brand management? Check @Shutterstock responses about their outage: PERSONAL, timely & humorous. #Socialmedia #brand

Hugging your haters gives you the chance to turn lemons into lemonade and morph bad news into good. Dave Kerpen understands this dynamic, which is why he personally responds to every one-star review of his books on Amazon.com.

He apologizes and offers to refund money spent, plus money for the pain and suffering of having read the book. Only three people have actually taken him up on this offer, and he sent each of them a check. Many others have commented that they were impressed by the response, but didn't feel right taking Dave's money. Beyond that, the impact of Dave's actions is powerful, because people reading reviews before purchasing the book see these exchanges in that crucial consideration period.

"There are many people that write on Amazon, 'Wow, I can't believe this guy did it. I'm definitely buying his book,'" says Kerpen. "It really works. Not because you're trying to trick people, but because you show that you care."

Companies who respond to negative reviews, especially those who include direct contact information, gain credibility and distinguish themselves from their competition.

As a non-dairy alternative to ice cream, however, it's a polarizing dessert. See this complaint posted on Wink's Facebook page:

"Just bought this hoping to be able to enjoy some ice cream while on a low-carb diet . . . too bad this "ice cream" (I put it in quotes because it tastes NOTHING like ice cream other than being cold) is absolutely disgusting! :( I got the "Cocoa Dough" version and literally licking the freezer burn "ice" shavings from the inside of the freezer would probably taste better than this! It's DEFINITELY going back to the store for a refund!"

A natural inclination may be to ignore this. However, here's how Jordan Pierson, the CMO for Wink responded:

"Sorry to hear this Random Musings! While Wink is definitely not ice cream, we do aim for an ice cream like experience. The creator of Wink is a 25 year old named Gabe who has Celiac disease and dairy intolerance. We do recommend letting your pint sit out for a few minutes before you dig in. If the store you purchased Wink in gives you trouble with the refund please let us know! While we hope that everyone will love and enjoy Wink as much as we do, we realize that not everyone will. If we can help please send us an email to [email protected] Thanks for giving Wink a try!"

Notice that he mentioned the inventor, Gabe -- that's intentional. It humanizes the company and informs the consumer in one sentence. Very smart.

Customer service is a spectator sport, and it's just as important to satisfy the onlookers as it is the haters. Customers want to know that, good or bad, they're being heard, and that somebody cares.

Above all, keep in mind that while they may not feel like it, customer complaints are a tremendous opportunity to differentiate your business from the competition. Hug up. 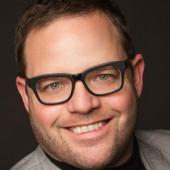 Jay Baer
Jay Baer is a marketing and customer experience consultant, and the author of "Hug Your Haters: How to Embrace Complaints and Keep Your Customers."
Follow View all articles by this author