Ur Doing It Wrong: How Not to Suck in Social Media | Ad Age
Skip to main content
Sign In Register

Ur Doing It Wrong: How Not to Suck in Social Media

Lessons From the 2011 Suxorz Awards Teach Us How to Avoid a Campaign Catastrophe
READ THIS NEXT
You Can't Stop Instagram Bots by Looking. Brands Have to Stop Buying Them

Quick! Which is the worst social media faux pas?

New York's Social Media Week featured wall-to-wall sessions on how marketers can do social media right, but nothing can hold a candle to the sheer Schdenfreude of watching the brands and agencies that are doing it wrong.

Enter the Suxorz Awards. Brainchild of Blogads CEO Henry Copeland, the Suxorz have been calling out the worst in social-media marketing since 2008 (disclosure -- I was a panelist at the inaugural SXSW session).

Here's how it works: a panel of four marketing experts nominate their picks for worst-of-the-worst social-media campaigns. Then (this being social, after all), the audience picks a winner in each category. Competition can get fierce, and no one on either side of the stage is discouraged from opining. It makes for a lively evening.

Herewith, the contenders for the 2011 Suxorz awards -- together with some lessons learned, because really, we're not just here to laugh at them. Really.

No, you can't bottle viral. Nominees were VW's Sluggy Patterson, star of videos, tweets and a blog. An irascible old coot, Sluggy invented a complex game in which he punches people every time he espies a VW. Smirnoff's BrosIcingBros.com, a site that basically encouraged binge drinking; and another awkward character, Dell 's Dr. Ashley PDA who has bad hair, hypnotizes patients with a GPS device and thumb-wrestles with them when they're out cold on his couch.

And the winner is: Cisco's Ted From Accounting series, an unabashed attempt to cash in on Old Spice's popular video campaign. The videos were as long as they were utterly baffling. The audience actually begged the presenters to hit the "stop" button.

Lesson Learned: Character development counts. So does some sort of obvious link to the brand. But do try not to make it an overtly negative one, e.g. advocating hitting people, drinking irresponsibly, or simply boring their socks off.

That's why they call them the "basics." Thousands of Hungarians launched a Facebook campaign to launch Starbucks in Budapest. It worked -- Starbucks opened a restaurant and erased the fan page, along with its 3,000 biggest fans and brand advocates. Pharmacy chain launches on Twitter. Their pages features the legend: "@CVS_Cares's Tweets are protected. Only confirmed followers have access to @CVS_Cares's Tweets and complete profile. You need to send a request before you can start following this account." (And no, requests to become a follower are not acknowledged.). Leo Burnett's you have to see it to believe it "HumanKind" video in which Chief Creative Mark Tutssel drones on for so long even he seems to regurgitate the Kool-Aid.

And the winner is: Denny's menu footer call-to-action (visible right underneath dubious-sounding Senior Country Fried Steak) inviting diners to follow the chain at twitter/.com/dennys. So far so good -- until you click through and learn "dennys" is some guy in Taiwan named Dennys Hsieh. He tweets in Mandarin -- or maybe it's Hokkien?

Lesson Learned: Hire a proofreader. And a copyeditor. Dot those I's and cross those T's.

Does not work well with others. In the U.K., Dr. Pepper launched a Facebook status takeover campaign. Motto: "What's the worst that could happen?" Answer: updates like the one to a 14-year-old Glaswegian girl's page, "I watched 2 girls one cup and felt hungry afterwards." Oops. Nestle fared no better on Facebook when a protest erupted against the company practices that are endangering orangutan habitats. At best, Nestle replied to comments with phrases like "Oh, please." It also threatened to sue users for infringement when they modded the Kit-Kat logo. Finally, Mercedes Tweetrace campaign, which forced people to "like" the campaign before they could participate in what amounted to an attempt to spam Twitter with Mercedes-oriented tweets.

And the winner is: Hands down, PriceChopper, the supermarket chain that tried to get Jonathan Hoster fired from his job for being "negative" after his tweet negatively compared one of their stores to the rival Wegman's chain.

Category 4: You're So Vain

Even celebrities must learn social graces. Up was Kenneth Cole's very un-PC tweet during the demonstrations in Cairo, and Fast Company's Influencer Project, which proved "influence" is really a code term for "spam" and "affiliate scam." And LeBron James opened a Twitter account at the height of speculation about where he'd land, and tweeted nary a word to address the speculation.

And the winner is: Alicia Keys' oh-so aptly named Digital Death campaign. The cause was noble: to raise a million dollars to fight HIV/AIDS in the third world. The means? Less well plotted. Keyes enlisted a host of celebs to put the kibosh on tweeting, blogging, and general social-media'ing until the target goal was raised. When it wasn't, rather than rally with calls to action, all this social-media firepower was under a self-imposed moratorium to do...nothing.

The floor was then opened to audience nominations, which were not in short supply. The TSA's attempt to wrangle bad publicity on full body scanners at airports, BP's response in the wake of the Gulf oil spill, Charmin's Facebook page (because it's a Facebook page about toilet paper).

Following a spirited debate, PriceChopper was awarded the 2011 Suxorz for, well, pretty much violating every precept social media is supposed to be based on. The evening's "social-media DJ," Jon Accarrino of Definition 6, posted a note of congratulations on PriceChoppers Facebook page.

It's not there any more. 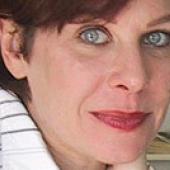 Rebecca Lieb
View all articles by this author