Why AT&T Could Put the TV Advertising Revolution on Hold

Like an army amassing troops on the border, AT&T is inspiring a lot of speculation about what it plans to do next. Once the Time Warner merger is complete, will the company sell CNN, forever altering the cable news landscape? Will it snuff out the creative spark at Time Warner, forcing HBO to produce short, mobile-friendly episodes of beloved shows?

Most urgently, will it revolutionize TV advertising?

Because, yes, with the pending acquisition of Time Warner, AT&T is well-positioned to fundamentally change how television ads are bought and sold. Take the content from Time Warner and DirectTV, combine it with AT&T's ever-expanding trove of subscription data, then add Brian Lesser -- the former GroupM CEO who joined AT&T this month to lead a mysterious new advertising division -- and you've got a solid blueprint for disruption.

Earlier this month, AT&T Chief Financial Officer John Stephens spoke excitedly about how much more money the company could charge for "addressable ads," meaning those that use viewer data to deliver TV ads tailored to specific households.

"Taking the viewership data, the data insights that we know that comes off our networks -- because we're the delivery system, we deliver it so we know what's in the homes and what's there -- and on our addressable advertising we're getting close to $35 to $40 CPMs," he said at an investor event, referring to the cost of a thousand consumer impressions. "On our average, regular total advertising, it's closer to $12, $13 -- so three times that amount. That's the reason for the excitement."

Stephens' enthusiasm is understandable. Advertisers are forever in search of greater media efficiencies, and the network that lets them buy TV ads the way they've long been buying digital ones -- narrowly targeting potential customers instead of paying for every eyeball watching, say, the 4th quarter of "Monday Night Football" -- could quickly grab an outsize slice of the $71 billion TV advertising market. Like music lovers tired of paying for the whole album when all they want is one song, advertisers are clamoring for exactly the sort of product AT&T could offer, once it combines its data, content and distribution.

But is any business yearning to follow in the music industry's footsteps? We all remember how that turned out, right?

As a media buyer, I would be thrilled if AT&T started selling addressable ads at scale. It's not only the right thing to do, it's a courageous and progressive move. But the truth is that un-addressable ads are still a great way to make money. About $1 billion worth of addressable TV ads will be bought in 2017, according to the Video Ad Bureau. That means about $70 billion is still being spent on the old-fashioned kind.

Meanwhile, digital publishers everywhere are cutting editorial staff as they discover that the long tail of the internet can't carry its weight in terms of ad sales. The same could very easily happen with television. AMC can run "M*A*S*H" reruns all morning because it can sell premium packages that include "The Walking Dead." But the addressable model evens the playing field. Sold programmatically, "Walking Dead"'s ad rates would likely skyrocket. But would it be enough to make up for the revenue lost when advertisers can simply pass on the likes of "M*A*S*H"?

Of course, the economics could still work in AT&T's favor if it could produce an addressable ad product that blows other networks out of the water, which is not an unrealistic scenario. Grab enough market share with a game-changing product, and AT&T could survive the loss of non-addressable revenue.

Except the media business will never be a zero-sum game. Other networks will always amass audiences by offering content people want, and advertisers will always pay to get in front of those audiences. By betting big on addressable, AT&T could sell $100 worth of audience for $150. But Disney will still have $100 worth of audience to sell, as will countless others. Boldness won't be rewarded in this marketplace the way Uber has been for disrupting cab companies. For AT&T, the risk simply might not be worth the reward.

There's little doubt that the addressable model represents the future of TV ad buying. And AT&T is well poised to get there before anyone else. But it's important to remember that it's quality, creative content that keeps audiences engaged. And no one can corner the market on that. AT&T is smart to continue assembling its forces for the coming revolution. But it's also not foolish enough to fire the first shot prematurely. 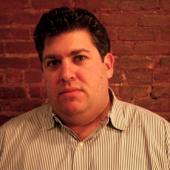