READ THIS NEXT
You Can't Stop Instagram Bots by Looking. Brands Have to Stop Buying Them
A worker demonstrates Glass C200 smartglasses from Lenovo on the third day of Mobile World Congress in Barcelona Wednesday. A major theme this year at the industry's annual get-together is the internet of things.
Credit: Pau Barrena/Bloomberg

If brand marketers were looking for innovation and excitement at Mobile World Congress, they might have been disappointed. This year was all about evolution, and the big reveals at the show reflected that.

Yes, there were iterative improvements in handset performance, but the underlying theme was how mobile is increasingly enmeshed in our lives, at home, in the car and in industry.

Here are five impressions from four days in Barcelona:

1. Old school handsets beat smartphones. Outside of the tech and gadget press, the breakthrough handset at this year's show was a throwback, Nokia's revived 3310. This reimagined phone, costing just $50, won the publicity war. Another produce to mine the retro space was The Light Phone, a credit-card sized handset that only allows calls to 10 contacts.

It would be foolish, however, to ignore the new launches. There was Sony (a MediaCom client) with its Xperia X2 Premium, the first handset with a 4K display, providing better quality video than most of us have on our living room TV. Sharper handset screens will only encourage us to watch more video on mobile.

2. Protection you pay for. Sir Martin Sorrell, CEO of WPP, told the show that the level of ad spend on mobile was embarrassingly low. Just before the show, I wrote that many marketers would be looking for reassurance that that money would be seen by real people.

The truth is, we've had the tools to deliver this for a number of years, it's just that it costs brands more to indemnify themselves from risks like bot fraud and viewability. Too many brands have been willing to knowingly take the risk, and are now trying to blame the ecosystem for this widespread issue.

But the need for reassurance means an open door for many vendors. Security specialist Kaspersky, for example, was at MWC talking to brands about security within apps, as well as the use of biometrics and voice recognition.

3. It's a car show. There are now almost as many cars at MWC as there are new handsets. Jaguar Land Rover and Shell (a MediaCom client) teamed up to launch the first in-car fuel payment system, enabling consumers to use the in-car touchscreen to pay for gas. The consumer benefit here is not just to make refueling faster but, for parents, to do so without disturbing sleeping children.

Another motor brand, Mercedes Benz, promoted its ability to "Connect you to your car and your car to the world." Using AI, the German brand's intelligent in-car assistant makes suggestions based on driver recognition and context. For instance, if it's raining, or if you use your car on a commute, this Mercedes can make recommendations on route updates or provide alerts that make the driving experience safer. Mobile, it seems, can keep us safe, as long as we don't actually make any calls while driving.

4. Deals on the high seas. MWC is becoming more like Cannes every year. Along with lots of yachts, more of the action is moving into private conversations around the show. Many of the ad:tech deals we'll hear about in the coming year will have been concluded or, at least, initiated here.

What this year's show did prove was that venture capitalists are still willing to fund me-too mobile advertising ventures. Too many of the start-ups on the display were simply selling very similar services to existing players.

5. VR still to cut through. Last year, you couldn't move for virtual reality. This year, there were still lots of headsets and demonstrations, but no breakthrough applications. While you might expect delegates to the world's biggest mobile show would be bored by VR demos, there were still plenty of takers trying out last year's big thing. (The most interesting application I saw used virtual reality headsets for training medics. A great idea, albeit for a specialist market.)

Like the connected seal -- used to monitor the well-being of harbor seals -- and last year's connected cows, this year's MWC demonstrated that mobile technology is finding an ever-increasing use in areas where remote monitoring or testing at scale is required.

The lack of a breakthrough product at MWC 2017 isn't a criticism, but is actually a good thing. Without revolutionary products to understand, we now have 12 months during which everyone can focus on getting the current ecosystem working as effectively as possible. 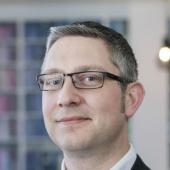 Ben Phillips
Ben Phillips is global head of mobile at MediaCom Worldwide and a 2016 Cannes Mobile Lions juror.
Follow View all articles by this author