Three Technologies that Will Change the Way We Shop

With 3D modeling, Wifi Sensors, Augmented Reality, Shopping Is Going High-Tech
READ THIS NEXT
You Can't Stop Instagram Bots by Looking. Brands Have to Stop Buying Them
Devora Rogers

On the heels of two major powwows on technology and retail--CES and the National Retail Federation's big show--shopper marketers are heading back to their offices trying to make sense of what big ideas are coming out of these conferences. Understanding the technologies that will change the way we shop is the first step. At the end of the day, retailers and brand marketers want to know: Which of these gadgets or do-dads will move more units?

While much buzzed-about technologies like touch-to-pay Near Field Communication (NFC) or augmented reality glasses are awe inspiring, in the retail universe, the widespread adoption and fulfillment of these technologies at scale is still a few years off. Here are three technologies that are making furious inroads and starting this year will dramatically alter the shopping experience for years to come:

3D Modeling Move over dusty retail kiosk, 3D modeling combined with natural interface technology is here, and our shopping experiences will never be the same. One of the best examples of this is the virtual dressing room experience that both Microsoft and Kinect developer PrimeSense showed off at CES. The ability to try clothes on at the store has been a benefit catalogue or online channels have never been able to compete with. But now, the sophisticated depth-camera behind Kinect is being used to reveal how the clothes fit on your body-shoppers can evaluate a heat map output to see where the item is tight or loose fitting. 3D modeling is also allowing new kinds of visualization experiences such as the one created by Visikord Interactive. Visikord's software puts users in the center of gesture-driven creative play which will enable incredibly rich, interactive experiences at events, bars, or in traditional retail environments.

Mobile Wayfinding Since the smartphone era began in earnest, retailers and shopper marketers have been waiting for a scalable in-store solution. Companies like Shopkick, Aisle411, andPlacecast are all trying to use a variety of means to identify and reach the shopper at the right place and the right time with more accuracy. Bluetooth, Wifi sensors, triangulation, mobile audio signals - anything that achieves a direct line to the shopper in the store. Now Google's getting in the game with a recent investment in indoor mapping technology. And at this week's NRF conference in New York, Criti revealed their Helios technology that locates the shopper through augmented reality integration (this is where an image viewed through a smartphone camera overlays a virtual image on a real-world scene), and then enables in-store navigation to help the shopper find what they're looking for with significant accuracy. The opportunity to have customized offers and loyalty rewards based on our proximity to the shelf will be transformative for both marketers and shoppers.

Printable MEMS Microelectro-mechanical systems are basically just very small electronic devices and they've redefined what even the tiniest of objects are capable of . This year, for the first time, they were featured in a key tech zone at CES. While MEMS are not new, due to advances in printed electronics, they are increasingly enabling sensors in a range of devices and products. Nike Plus , Jawbone, FitBit and now Motorola have launched products that track your physical activity with precision. However, using MEMS for exercise, mood, sleep, and nutritional purposes is just a start. Expect to see printed sensors appearing on durable goods and disposable products - imagine the wine bottle that shows if it's been kept at optimal temperatures, or the ability to combine automotive data with your purchase history to help you make smarter, more efficient shopping trips. Watch out because when it comes to shopping, micro sensors, not robots will inherit the earth. 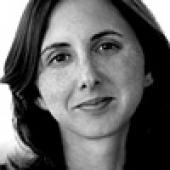 Devora Rogers
View all articles by this author