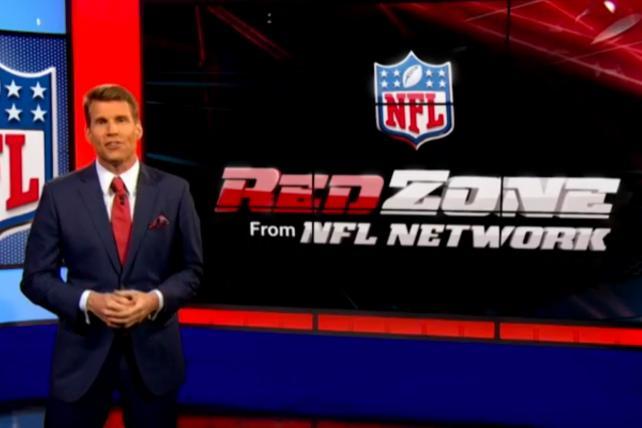 Engagement is king in a media environment where NFL RedZone, for example, is changing the way fans watch football.
Credit: NFL Network

And lest you thought the abundance of choices was designed to looked great from the outside but not actually give real fans what they want… it turns out the NFL isn't just pandering to cord-cutters. Live streaming games actually works. If you are a cord-cutting N.Y. transplant living out-of-market and you love the Jets, you are able to follow your team using either Sling TV or PlayStation Vue combined with an NFL Sunday Ticket membership (assuming DirecTV is not available in your home) to enjoy games that fall on a Sunday or Monday. For your Thursday-night game, you can use Twitter. Just a few years ago, being a cord-cutter would have made being a Jets fan impossible (assuming their recent on field performance didn't already take the wind out of your sails).

So why is the NFL experiencing an 11% ratings drop? Roger Goodell stated that the NFL has, for years, been focused on behavioral changes in the way media is consumed by fans. And it's not like fans don't have options. This week's Thursday-night game was available on Twitter, NFL Network and CBS -- that is, by definition, optionality.

This past week, many attempted to explain why ratings are down. But I think there is a different question we should be asking: Why does anyone care? Why does anyone care how many people are willing to tune into part or all of a 3-hour game when we are able to measure how many users chatted, or tweeted, or posted, or created content, or engaged with some element of the game. In today's mobile-first, millennial-based, always-online market, success metrics should be based on active user engagement, not passive user numbers. To say streaming isn't the endgame isn't strong enough. Streaming is dead.

Goodell addressed his mobile millennial audience this week by reminding his critics that the NFL has led the charge on Snapchat Discovery and has pioneered broadcasting full games, as well as highlights, on Twitter.

Unfortunately, these social efforts are life boats attached to the luxurious NFL yacht. Ever since NBC, FOX, CBS and ESPN agreed to pay $40 billion to the NFL for broadcast rights from 2014-2022, the NFL has stuck to a broadcast-ratings-first playbook that relegates social engagement to the status of the wide receiver screen -- it's occasionally a big play but called as a play less than 2.5% of the time, and really used to set up the next play that is actually core to the success of the offense.

In a world where fantasy football, real-time messaging, social media and mobile games are a gold mine of rich user engagement and actionable data, being forced to focus on arm-chair warriors will no doubt hinder the NFL and force them to make bad choices.

This past weekend, the Browns and Eagles had to film re-creations of in-game highlights to get around the potential $100,000 fine imposed by the NFL on teams that share real-time highlights on social media. The 32 NFL teams have more than 50 million Twitter followers, and boast another 50 million+ on Instagram. Even assuming some overlap, it shocks me that the NFL would demand that teams starve over 50 million of their most loyal fans on platforms that deliver the most valuable data on a 24/7/365 basis from the only device that is on all day and next to fans when they sleep -- all because TV ratings were down 11%.

Right now, brands are searching for new ways to interact with fans as quickly as fans have discovered new ways to interact with their favorite teams, athletes and each other. The NFL has shown us that streaming isn't the endgame. Fan happiness is the endgame. An engaged fan that can reliably get the content they love with the people they love is far more likely to be happy than one who is going to Twitter right now and realizing that, because they didn't live-stream the game, their team's feed looks different this week from last week. 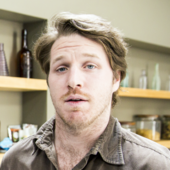 Alex Beckman
Alex Beckman is founder and CEO of GameOn, a mobile engagement platform for publishers and content providers.
View all articles by this author