People Watched Branded Videos 4.7 Billion Times In 2012
READ THIS NEXT
You Can't Stop Instagram Bots by Looking. Brands Have to Stop Buying Them
Matt Fiorentino

Online audiences chose to watch video ads at a rate of more than 150 per second in 2012. With billions of video views at stake for brands, and with industry domination going to the most innovative players, the competition for these views is the fiercest it's ever been. The winners see significant gains in video viewership while the losers get lost in the mix.

There are industry trends that can help both groups expand on their success and rebuild from defeat. To this end, we've uncovered some of the most significant online video stats from the year and included them here. They could change the way you think about, plan for, and invest in online video for 2013 and beyond.

1. To make the Ad Age Viral Video Chart these days, it takes at least 1.5 million views.

When Ad Age and Visible Measures launched the The Ad Age Viral Video Chart nearly four years ago, the average view count needed to make the chart was 220,000 views. Today, that threshold has increased over 600%, reaching 1.5 million views. We've seen it even top 2 million on a regular week. This viewership includes clips related to a campaign across the web, including hundreds of the biggest video sites.

The significance of this trend is massive for the industry. Four years ago, it was much easier for brands to capture audience attention online and generate video viewership. Today, brands have to fight more fiercely than ever to generate views, which means they can't use the same strategies from four years ago. Otherwise, they'll disappear, much like Evian has with its Live Young / Roller Babies campaign.

We all know that Kony was the biggest campaign of the year, but what was so spectacular about Kony from an advertising perspective was the velocity with which it generated video viewership. In a single day, Kony amassed over 41 million video views. It topped 100 million views in six days. The speed and volume of viewership speaks to the potential scale of the online video space and the video campaigns audiences choose to watch. With enough momentum, video campaigns can drive significant viewership in short bursts.Kony's 41 million views in a single day is the quintessential example of big viewership.

3. Samsung's Galaxy S III campaign was bigger than all of Apple's campaigns combined.

4. In 115 million views for presidential campaign ads, only 4.7 million came from Facebook.

This is a fascinating metric from a distribution standpoint because there are a number of players in the industry who sell their ability to generate "shares" and rank video performance on "shares." Views from Facebook in this instance show the actual results from shares, a mere 3.8% percentage of overall video performance for presidential ad campaigns. Twitter's video viewership performance from shares is almost non-existent, 0.12% of 115 million views. Yes, shares show evangelism and are a good brand lift proxy, but this data suggests that in terms of affecting overall video campaign performance, shares through Facebook and Twitter don't move the needle.

5. Campaigns that launch before the Super Bowl on the web generate 600% more views.

As part of their strategy to extend the economics of the Super Bowl and increase their return on investment, more and more brands are launching Super Bowl videos before the game. This approach is designed to build excitement and anticipation for their main Super Bowl campaign, and the data shows that it works. We've found that compared to campaigns that wait until the day of the game to release Super Bowl video, the campaigns that "leak" or "preview" campaign footage generate about 600% more views.

6. M&Ms. won the Super Bowl with 85% of views driven by their audience.

As more and more campaigns are driven by paid media to increase discoverability online, there are always those rare lightning strikes that keep hope alive for a random campaign to go viral. The M&Ms. 2012 Super Bowl campaign, Just My Shell, featuring a "naked" brown M&M, was this year's most-watched Super Bowl campaign. But it didn't do it with paid media. 85% of all views were driven by clips uploaded by audiences, including copies and derivative content, for a total 41+ million views out of 48 million overall. There were over 360 clips uploaded by audiences compared to just 11 by the brand.

Gangnam Style shattered all sorts of online video records this year. Not only is it YouTube's most-watched single video of all time, it's also the most-watched True Reach video of all time as well. (True Reach includes clips uploaded by audiences across the web, showing the complete impact a campaign or viral phenomenon has online.) But it isn't relevant just because it broke the records, it's relevant because of how big and how quickly it happened. Gangnam Style has seen over 2.6 billion True Reach views. The next most-watched video phenomenon online is Justin Bieber's Baby at 1.6 billion True Reach views, creating a billion-view chasm between the number one and two most-watched viral phenomenons of all-time. Gangnam Style is still racking up views at a clip of 15 million daily, so we may see it eclipse 3 billion soon.

Gangnam Style matters from an ad perspective because, like Kony, it shows the potential scale of online video. No, Gangnam Style isn't even close to being an ad campaign, but there is good product placement for Mercedes, which has been seen billions of views, not impressions.

8. Cats are more viral than dogs in video.

When advertisers are deciding which creative direction to take, data can help. One big finding we uncovered this year was that cat videos are significantly more watched than dog videos online. We looked at the 100 most-watched clips for both furry friends and aggregated their performance. Cat videos have generated over 1.6 billion views. Dog videos have only generated 1 billion views. Cats win on a daily basis as well, with the top 100 videos generating about 1 million views per day. The top 100 dog videos produce 700,000 views on average. So, for the advertiser trying to choose between cats and dogs, audiences watch cats videos more often online.

Back in April, we looked at the video performance of the top ten paid game apps and the top ten free game apps in Apple's App Store. The hypothesis was that people did video research before buying a paid app to see what the actual app experience would be like. For free apps, it costs users nothing to download, so there's no risk, which means there isn't much reason to conduct research.

Our research uncovered that the average view count for the top 10 apps was 550,000 million views*. Free apps, on the other hand, averaged only 60,000 views.

So, if you're a brand considering creating a paid app, be sure to include video to help users get a better feel for the user experience. They'll be looking for it.

While the year isn't technically finished yet, we wanted to provide a glimpse into the overall trend of audiences choosing to watch online video advertisements. In 2011, audiences chose to watch ads 2.7 billion times. To date in 2012, audiences have chosen to watch video ads 4.6 billion times, about 13.2 million times every day, and over 150 times per second.

Remember, this is 4.6 billion times that people actively chose to watch video advertising. These are not impressions, so the experience is entirely different.

With 4.6 billion video views this year, online video advertising has seen over 10 billion views since 2009. And with more budget being allocated to the space from both a creative and media buying perspective, we're likely to see that number increase even more in 2013.

*We took out Angry Birds space because it skewed the results.

ABOUT THE AUTHOR
Matt Fiorentino is the director of marketing for Visible Measures. Follow him on Twitter @FiorentinoM 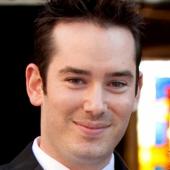 Matt Fiorentino
View all articles by this author