The Trouble With 'Viewability' as a Metric for Digital Ads

It's a Step in the Right Direction, but Imprecise and Potentially Costly
READ THIS NEXT
You Can't Stop Instagram Bots by Looking. Brands Have to Stop Buying Them
Philipp Pieper

One of the great challenges of digital advertising is getting assurance that users actually see the ads for which the advertisers are paying. Traditional print media has its problems, but buying page 6 of the September issue of Vogue pretty much guarantees eyeballs. It's not the same in digital.

New metrics and standards have cropped up trying to solve this problem. In some circles the idea of the viewable impression has gained steam: measuring an ad's length of viewability as a proxy for determining the likelihood that it has been seen. Yet the metric of viewability brings troubles of its own.

Joshua Koran, formerly with AT&T AdWorks, wrote recently that the metric will not help, in part because sellers will increase prices to make up for the money lost on unviewable and thus unpaid-for impressions. Such padding would drive up costs across the board.

Three other factors work together to undermine viewability as a viable measure:

After-the-fact measurement. Viewability is measured by time spent within the creative's pixel viewports or similar methods. That means one learns whether an ad was seen only after it has run. This measurement informs other campaign impressions that will run on the same page, based on previous measurements. Using viewability, you're always at least a step behind, because when you buy an impression you don't know whether the ad will measure visibility for the particular user who's about to consume the impression; all you know is what happened on average in the past for the ad placement loaded on that page. It's a guessing game.

Impressions that are viewable, but useless. Viewability fails where it counts a view (an ad that loads on a viewed page for more than certain number of seconds), but ignores other signals (pictures, ads, page quality) competing for the user's attention that , taken together, may distract the user from viewing the ad message. A view measured on a busy page tends to be less valuable to an advertiser than a view on an uncluttered page, but viewability is too crude a measure to distinguish such pages or placements. A metric that seeks to set a standard currency should scale and present a more universally applicable solution.

Gaming viewability. Viewability gives publishers an incentive to create pages that will capture more revenue from advertisers who pay based on that measure. No harm done, for the most part. Viewability rewards other techniques, as well -- techniques that help no one. It can be gamed by simply placing ad units above the fold or in the center of the page, where they will be seen, and measured as viewable, while content the reader really wants is below the fold, forcing the user to scroll. Even worse, an unscrupulous person could design a page for viewability that has no content.

Brands need to know as much about the content and overall ad environment as possible before offering money for impressions. Viewability is a step in the right direction, but it is not the silver-bullet metric that some hope it to be. As in print, so in digital: The best decisions come when advertisers understand the ad environments they are about to enter.

ABOUT THE AUTHOR
Philipp Pieper is Founder and Chief Executive Officer of Proximic. 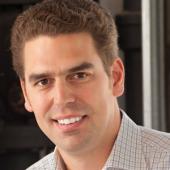 Philipp Pieper
View all articles by this author