Op-Ed: Trump for President (of a Digital Advertising Company)

The prospect of Donald Trump as commander in chief has lots of people on edge. Trump is a candidate out of left field with some unprecedented (maybe even unpresidential) views on foreign and domestic policy, who has more experience in reality TV than he does in politics. While we can argue the pros and cons of a Trump presidency, some of his more radical views would make a lot of sense when applied to digital advertising. 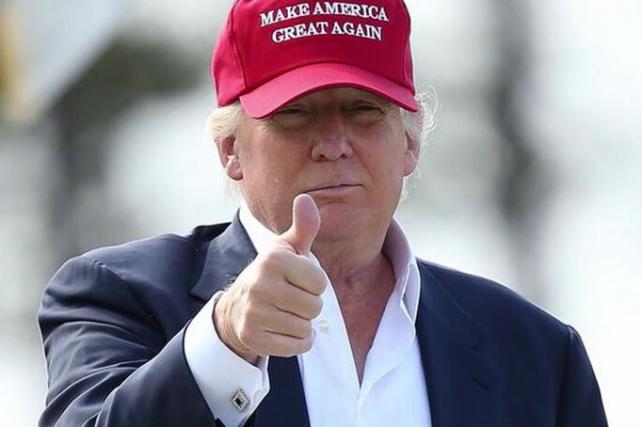 One of Trump's more controversial policies is the construction of a massive border wall between the U.S. and Mexico. According to Trump, Mexico is sending us their criminals and freeloaders and we must carefully decide who we allow to enter into our [previously] great nation. While this type of action might be too extreme as a national policy, radical action and aggressive exclusion are exactly what the digital advertising industry needs right now.

The internet can be a terrifying place. Around each corner lurks a new safety or quality concern that frankly this industry can't keep up with. The proportion of the internet that is "good" is fairly stagnant, but the long tail is growing exponentially. Even if you put together a blacklist of a million domains, there are at least another million available domains that are just as bad. Advertisers need to build a wall and properly vet each and every domain that wishes to come through. There is no other way to keep the bad guys out.

Who's going to pay for it?

When people criticize Trump's wall, he is always quick to reply that Mexico will foot the bill. In his mind, they created the problem so they should be responsible for the solution. This might not work as a political solution, but it makes complete sense for digital advertisers.

Whitelisting is not easy. It's much simpler to blacklist a few properties and give your demand-side platform (DSP) or network carte blanche to fill the rest of your plan with "safe" sites that fit your brand's criteria. From a resource perspective, it takes much more time and effort on both the buy and sell side; it makes complete sense that an agency would not be willing to foot the bill on a whitelisting solution.

This is where passing the bill to the creators of the problem comes into play. The agency should not have to pay for a problem it didn't create; its DSPs and sell-side partners should pay for it. The DSPs have access to way more inventory than they can reasonably manage and comprehend. They have been so focused on increasing margins by buying low-quality inventory for pennies on the dollar that they have lost sight of the brand's needs.

The networks and DSPs need to be held accountable for the problem they created. Trump might suggest something "a hell of a lot worse than waterboarding" as punishment, but for our purposes a make-good should work just fine.

Not afraid to "push the button"

Trump has said many times that he would "bomb the hell" out of pretty much anyone who gets in his way. This might not be the best way to make allies with the rest of the world, but I think ad tech should take a page from Trump and shake digital advertising to its core. "Pushing the button," imploding the current systems, getting back to the fundamentals of advertising and rethinking our technologies can get our industry back on the right track.

While some of his policies could help our industry, Trump has also exhibited some of the impulsive decisions that put the industry in this position. Trump's superficial personality leads him to jump at an opportunity to attach his name to a project without fully vetting his business partners and establishing a long-term plan, just as many vendors will gladly place their stamp of approval on a site list without actually lifting up the hood and fully understanding the contents thereof.

Trump, like most politicians, also makes outlandish guarantees. He's guaranteed more jobs, better trade deals, and has even gone so far as to make guarantees on the size of his … hands. Trump knows what the people want to hear and caters to them, whether or not he can actually follow through with his promises. Ad tech is filled with false promises, too. While the idea of running ad on high-quality sites that carry no non-human traffic and measure 100% viewability sounds great, it's a utopian ideal. We need to set realistic targets catered to a specific client, rather than blindly promising everything under the sun.

Our industry needs real change and desperate times call for desperate measures. Although Trump's policies can be seen as too misguided and xenophobic to work on the world's stage, the advertising industry could use a bit more skepticism. It's comforting to believe your brand is safe because you "have a technology" taking care of it, but at the end of the day, the threats in digital are too prevalent to avoid without exhaustive and evolving efforts. In order to stay one step ahead of the bad guys, we need to do our homework, get back to fundamentals, rethink our partnerships and build a wall to keep it protected. 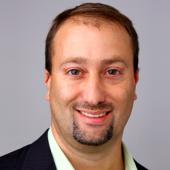 Marc Goldberg
Marc Goldberg is CEO of Trust Metrics, a company that reviews domains and apps for quality, safety and fraud signals.
Follow View all articles by this author