Tech writers and adland folks have long speculated about whether Twitter would eventually make the ultimate evolution -- leaving its 140-character limit behind in favor of unlimited tweet length. It appears we may know the answer soon enough.

According to recent reports, Twitter is considering allowing users to publish long-form content to the service. Some reports say this could be a new product that allows users to share tweets longer than 140 characters, pivoting the platform to long-form content, but it remains to be seen whether this would be an evolved Twitter or a whole new offering. It's also possible the change would be more of a baby step, where Twitter would remove things like links and user handles from the character count.

What we do know is the company has increasingly embraced change and evolution of its core product in order to remain competitive, but change in content length would have major repercussions for the brands whose investment in the platform helps fuel Twitter's growth, product evolution and broader operations. It also poses fundamental risk to Twitter's differentiation among social platforms.

The 140-character limit is the platform's defining characteristic and keeps Tweets concise and digestible, for better or worse. Some people feel it's too confining for both users and brands, while others believe Twitter's character limit is critical to its effectiveness in facilitating real-time communication -- from breaking world news to direct communication between brands and consumers -- better than any other platform in the social ecosystem.

However, if Twitter does expand its content length beyond 140 characters, here are four important implications for brands:

1. Freeing up brands that have more to say. Hashtags will remain critical organizing principles and levers for brands' calls to action within social campaigns, but Twitter's abandonment of the 140 limit could accommodate the widening needs of brands in social media. Outside of a hashtag-driven campaign, brands sometimes need more than 140 characters to engage with their followers and articulate what they stand for, what makes them special and why consumers should invest in their products or services.

2. Broader shift toward long-form content. For a time, Twitter was the darling of the media industry -- from the 2012 "Twitter election" to the Arab Spring -- but there is now a trend toward longer-form content. Examples include the rapid growth of Medium; LinkedIn further embracing brand-published content; and Facebook's deals with the Washington Post and other media outlets to publish editorial content directly to the platform. If Twitter sticks with 140 characters, it could lose out on certain brand dollars as more social investment is directed toward these long-form platforms to create meaningful content for consumers. By opening up to long-form content, Twitter could provide a valuable real-time approach to content that other existing long-form platforms don't offer.

3. Expanded customer service and experience. Extending beyond 140 characters could enable brands to really up their customer service and community management game on Twitter. Brands could invest more time and energy into the platform to provide a broader customer experience beyond short-form reactive public responses to follower tweets. This could better position Twitter at the heart of a brand's always-on social conversation and make the platform absolutely indispensable to a brand's social customer care efforts.

4. Drive the platform growth and engagement rates that brands covet. To overcome recent growth and engagement issues, Twitter must continue to remain open to evolving its offering with new functionalities for content. The company has already made notable moves in this direction with its much-lauded acquisitions of Vine and Periscope. Continuing these types of initiatives to grow audiences and expand engagement capabilities play an important role in Twitter's success in attracting brand dollars and its overall viability as a platform.

While there would be potential benefits, it's unknown whether brands would fully embrace the new opportunities of a post-140 character world. Perhaps more importantly, how would users react to such a dramatic change? With a host of existing longer-form social platforms to choose from, it's safe to assume many people use Twitter expressly because they like its limited content capacity.

Stagnation is the death knell of the digital world, but Twitter could be shooting itself in the foot by doing away with a massive differentiator that's a big hook for brands whose investments continue to generate a lot of revenue for the platform. Clearly there is downside risk in eliminating what makes Twitter special to both users and brands. The question is whether it outweighs the potential benefits for brands. 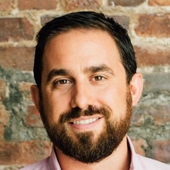 Robb Henzi
Robb Henzi is senior strategy director at social media agency We Are Social.
Follow View all articles by this author