Twitter Advertising: Four Marketers on How Their Campaigns Fared

Unilever, Radio Shack, CMT and Zuji Australia Gave Promoted Tweets a Whirl. Here's What Happened
READ THIS NEXT
You Can't Stop Instagram Bots by Looking. Brands Have to Stop Buying Them
Kimberly Maul

Considering that Twitter did not offer advertising until it was nearly 4 years old, the company has ramped up its ad business quite rapidly since April 2010. By the end of 2010, Twitter had partnered with 150 companies for advertising campaigns on the site, said Dick Costolo's presentation at the All Things Digital D9 conference in June. By June 2011, Costolo said that number had jumped to 600.

The question is : Have these experimental campaigns been successful? In researching my new report, "Twitter Advertising: Four Marketers Test the New Ad Platform," I came across several marketers who have shown results, though not necessarily tied directly to dollars.

Magnum launched its Twitter account, @MagnumIceCream, in March, said Mike Hurley, senior brand manager for Magnum Ice Cream in the U.S. To promote the brand and its focus on indulgence, Unilever wanted to associate Magnum with the topics and events that its target audience enjoys, such as fashion, technology and pop culture. So on April 29, Magnum purchased a promoted trend ad using the hashtag #RoyalWedding to reach its target audience and gain more followers by connecting with them on a topic they were interested in.

According to Hurley, Magnum received 89 million impressions on April 29 that were related to the #RoyalWedding hashtag. Magnum saw 83,000 clicks on the links it posted, more than 1,000 retweets and 270 replies, mentions or direct messages.

Chris Nelson, director of social media for CMT, said that a week before the awards show the cable net began using promoted tweets and a promoted account. The ads announced new performers, led people to online voting, included videos and encouraged tune-in. The promoted account was used throughout the week to gain followers for CMT's @FollowCMT account.

CMT gained 4,000 new followers in the week it advertised the CMT Music Awards on Twitter, Nelson said, and the hashtag #CMTawards was mentioned more than 30,000 times during the night of the show.

Zuji Australia
Zuji Australia, one of the first companies in Australia to test Twitter's promoted products, started using promoted tweets and accounts at the end of May 2011. As part of the Travelocity family, the online travel reservation site is using a long-term approach to building awareness of the brand and its @ZUJIAustralia account, said Katie Malone, the company's head of marketing and communications.

Malone said that in order to keep its ads relevant, Zuji Australia only purchases promoted tweets for search terms and non-promoted hashtags that relate to travel, Australia and other issues where Zuji could contribute. The results are still coming in, but the company had already more than doubled its follower base in the two months since it started using Twitter ads.

RadioShack
Electronics retailer RadioShack has been working to connect the brand with its cycling team, Team RadioShack, for several years and has used Twitter as a way to do that . Adrian Parker, social media director at RadioShack, said the company purchased six promoted trends since the program began and for the annual Amgen Tour of California, held this year in May, it incorporated Promoted Products into its overall marketing campaign supporting the team.

Takeaways
So what's the lesson in these campaigns? RadioShack, CMT, Zuji Australia and Magnum Ice Cream all tackled Twitter advertising in different ways -- and the companies reported increases in followers, mentions and retweets, and engagement. If anything, it demonstrates that a Twitter ad buy can enhance a company's larger marketing program, work to connect with fans, spread brand awareness and even connect a brand to a specific topic of conversation.

That said, there is still a big gap when it comes to connecting social media engagement on Twitter with business goals. The campaigns above showed promising engagement with fans, but increases in sales, TV ratings or other results will be what Twitter needs in order to prove its viability to marketers.

This must be the next evolution for Twitter ads -- and the marketers who use it. The company has a long way to go before it reaches ad revenues worthy of its rumored multibillion-dollar valuation, but if it can prove to marketers over the next year that advertising on its platform leads to results -- it might just get there more quickly. 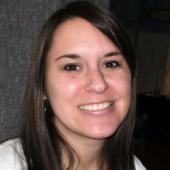 Kimberly Maul
View all articles by this author