Twitter's Not Afraid Anymore. Should We Be?

Moving to 10,000 Characters Is a Big Change, with Big Risk
READ THIS NEXT
You Can't Stop Instagram Bots by Looking. Brands Have to Stop Buying Them

Clearly, Jack Dorsey and the team at Twitter are no longer afraid. Perhaps they never were. Big change comes with big risk. The irony of Silicon Valley is that although there always seems to be funding for a breakthrough platform, what's launched to the public is usually an MVP: minimum viable product. So the question becomes -- have we essentially been living with Twitter's MVP for years? Based on recent reports that Twitter is considering expanding its 140-character limit to 10,000 characters, the answer is yes.

Forget 10,000 characters for a moment. I want more control of search for relevant stories and people. I've been wondering where a new dashboard could be developed -- I so dearly want to customize and drill down user experience based not only on interests, but device, time of day, location, life events, browsing history, video plays, history of brand interactions, and history of influencers' or friends' interactions.

Despite my own agenda for Twitter, two camps have broken out in the days following the reports, with a lot of noise between them. In the first are those who will resist having to repost their blog and site content on Twitter. Think of publications like Forbes, FastCo and the New York Times, which don't want to lose their site traffic. If they post 10,000 characters of a story within Twitter, there really isn't a reason to click the links that bounce out of Twitter. If they don't post long form on Twitter, their stories (data) won't be included in some form of a new search feature for users, thus not including a potential impression. The more engagement stays within the Twitter community, the increased value and tracking of branded content and messaging. Sound familiar? Indeed, there's a page from Facebook's playbook.

The second camp will love the character increase. Instead of blogging somewhere else, they'll only publish on Twitter. We could see startup publications just stay on Twitter, or channels of content like Yahoo. If you have enough followers today, why send them out of your feed? Ten thousand characters and an image/video is all it takes. Twitter becomes a Wordpress/Medium mashup -- a free-for-all digital newspaper for the masses, leaning on Twitter's massive user base.

Having no fear can be risky. The value and PR of a single tweet may be drastically marginalized. The intent will certainly change. The world hears about controversial comments and zippy one-liners. The fascination will be diluted with an entire diatribe behind it. The value of Anderson Cooper saying "Tell us what you think at @AC360" may scare people if there's 10k characters behind all the user replies. Of course, this is speculation until we see the rollout.

To be clear, Twitter is the modern, short-form debate platform of point vs. counterpoint on steroids. Isn't that the beauty of it? And perhaps, that's the point of the MVP growing up. For young people, Twitter hasn't been the modern marvel of sharing as Instagram has -- and if they're not flocking to share on Twitter, who will be using the platform in three years? People like me and Anderson Cooper. 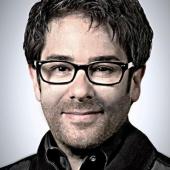 Michael Davis
Michael Davis is head of creative at Conversant.
Follow View all articles by this author