Video That People Choose to Watch Should Be Treated Differently Than Those Forced on Them
READ THIS NEXT
You Can't Stop Instagram Bots by Looking. Brands Have to Stop Buying Them

When a "view" is counted on a site like YouTube, audiences and brands alike know what it means: someone chose to watch a video. Increasingly, there are a proliferation of video ads that capture the same characteristic, from pre-rolls giving viewers a choice of which ad to watch to skippable pre-rolls to in-banner units that viewers click to play.

Despite online video's massive growth -- daily unique video viewers grew 31.6% in the past year, according to ComScore -- metrics for pricing and measuring video advertising have not evolved in tandem. The primary way video advertising is bought and sold today is cost-per-thousand impressions (CPM). As Dave Morgan pointed out, CPM pricing in general has its limitations, leading to cross-comparisons that can be misleading, like comparing radio to TV. Online, CPM pricing equates a "clean-forward" video experience with a rich-media or display ad experience, despite proven differences in effectiveness. Further, as different ad formats proliferate in a pre-roll constrained world (e.g. click-to-play video ads) with a variety of pricing models, cross-comparisons can be difficult.

To address this shortcoming, TubeMogul proposed and Google endorsed a new metric -- cost per view (CPV) -- to the IAB Digital Video Committee for review. CPV pricing would apply to all video ads that are user-initiated, distinguishing ads that viewers choose to watch from those that simply load by default within a video player or on a page, which would continue to be priced in "impressions." For example, a "view" would be counted for video ads watched through pre-roll ad selectors, completed pre-rolls that offered the viewer an option to "skip," or in-banner video ads that users click to watch. An "impression" would be logged for all other video ads.

Why define it this way? Viewer intention to watch an ad is widely seen as a proxy for whether a brand message is being delivered and consumed. In the next year, Kantar Media will release joint research with us analyzing specific benefits in detail. Early numbers from YouTube's TrueView in-stream ads -- which let viewers choose whether to watch an ad and only charge an advertiser if a viewer completes the ad -- are promising, with 20%-70% choosing to watch an ad. Still more research by Vivaki on Hulu's pre-roll ad selector also demonstrates the value in measuring user-initiated views.

Formalizing CPV at the ad server level would also bring clarity to advertisers that are currently buying both user-initiated and auto-initiated video with no ability to distinguish between the two since impression tags are used for both. More broadly, the proposal would likely broaden interest in video for advertisers of all types and sizes since marketers know more about what they are buying.

This proposal does not argue that all placements are created equal, or that viewer-initiated views are inherently more valuable. No one would argue that a pre-roll that automatically plays on a premium publisher site (i.e. Discovery Channel) without viewer choice is less valuable than a viewer-initiated view in low-end inventory. Nor does the proposal argue that simplified metrics, like a gross ratings point, should not exist for online video to provide cross-comparisons to metrics widely used for TV. What the framework provides is an additional level of detail on viewer engagement that never previously existed.

"The demand side of the market is looking for quality measures of engagement, which this proposal helps codify," said Bill Lederer, CEO of Kantar Video. "This just may be the next generation of work previously done by 'The Pool.' We are looking forward to conducting market studies on it."

"If advertisers knew that they were buying viewers that were actually paying attention, I believe you would see budgets increase," Paul Kontonis, VP-brand content at Digitas. "Standardized 'cost per view' metrics and pricing get us much closer to that goal."

Most video advertising on the Web today is made by brands whose goal is simple: convey a message to captive audience. While "views" should not be viewed in a vacuum and are not a perfect metric, they provide additional detail to measure and price paid media on that basis. This additional level of detail would make it easier for brands of all sizes to adopt video advertising online. 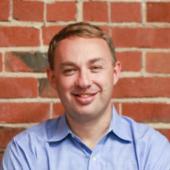 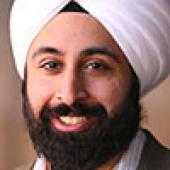 Baljeet Singh
View all articles by this author