The Viewability Debate: Being Seen Is Good, but One Second Isn't Enough | Ad Age
Skip to main content
Sign In Register

The Viewability Debate: Being Seen Is Good, but One Second Isn't Enough

MRC Standards Don't Go Far Enough in Ensuring Ads are Actually Seen
READ THIS NEXT
You Can't Stop Instagram Bots by Looking. Brands Have to Stop Buying Them

The new focus on making sure ads are actually viewable online is a good thing, and will force websites to optimize their layouts, reduce ad slots that are basically out-of-view, and give digital advertising a fair chance to shine. But for all that, what impact will it really deliver?

The Media Rating Council's official viewability standard counts only those ads that are 50% in-view for at least one continuous second -- certainly a step in the right direction. But let's be realistic. Millward Brown Digital and DoubleVerify have worked over the past year to compare the effectiveness of typical impressions against impressions defined by the new viewability standard. On average, we saw only a minor difference in the branding impact under the new standard. One second is not enough time to achieve much.

It probably wouldn't be enough if the ad were shown in isolation on a white screen, and it certainly isn't enough time for someone to notice it among all the other text and images surrounding it on a webpage.

We've found that ads need five to 10 seconds or more of screen time before they can raise consumers' awareness of or attitude toward a brand. While we know ads aren't often in view for this long, it does suggest that online ads aren't currently getting the screen time they need and impact is getting cut short.

Of course, viewable time is not all that's needed for an ad to make an impact. Well-designed creative plays a big role as well.

And this is in recognition of the fact that a guideline calling for more than one second in-view would be difficult to execute, potentially pushing the pendulum too far and holding online advertising to a much stricter standard than TV. Such a requirement would not only stipulate that the ad be delivered within the in-view browser frame, but also for the user to stay on the page for a minimum amount of time.

The one-second definition gets around the user issue and focuses simply on an ad being fairly served which is, arguably, all that should be required of a website. But based on the relationship we're seeing between in-view time and branding impact, publishers could justifiably charge a premium for ads that go above and beyond the standard one-second view. Meanwhile, agencies and advertisers should keep in mind that the one-second rule is no guarantee that the campaign will meet their branding goals. It is a great start, but the industry should continue moving toward transactions based on impact. 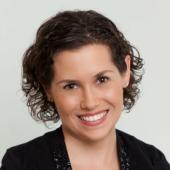