One Issue Is Whether Vine Stays a Platform or Runs Videos That Are Ads Themselves
READ THIS NEXT
You Can't Stop Instagram Bots by Looking. Brands Have to Stop Buying Them

With Twitter having landed its biggest ad deal yet with Starcom MediaVest Group, it's no longer too early to begin wondering how the platform will make money with Vine, its hugely popular app that allows users to Tweet six-second videos.

Launched with a tailwind of media buzz, Vine skyrocketed to No. 1 on the Apple App Store. It's the subject of numerous "how to" articles (including this one) for brands and users struggling with how to incorporate Vine's functionality into their daily lives. All this in only three months.

Vine is interesting for advertising because it sits at the intersection of three areas of great potential -- video, mobile and advertising. Vine could prove a huge win for Twitter if it can crack the mobile-advertising nut. The massive user base and traffic that Twitter and other social media have built and extended into the mobile sphere are already starting to threaten the early mobile-advertising pioneers.

Facebook, for instance, is ramping up its video-ad push, reportedly shopping a yet-to-be-finalized ad format to advertisers with hopes of bringing in $4 million a day. Twitter is on a similar monetization push, taking its 200 million active users for a ride on Madison Avenue the Starcom deal.

Will Vine benefit from that? Or does Vine have to carry its own weight? Will we start seeing "promoted Vines" as we see promoted Tweets? Will we be force fed in-stream ads, as Facebook has begun adding?

Probably not just yet. There's much to be said for building an audience before forcing a revenue stream upon it. Twitter took years before it got serious about advertising. Instagram is enjoying plenty of popularity of its own, but remains free from ads or other revenue-generating activity, despite being owned by ad-happy Facebook.

The answer to this question will likely be predicated on how Twitter views Vine -- as an app platform, or as an ad itself. At six-seconds, there's little opportunity for pre-roll or banner ads in Vine. We might see Twitter incorporate interstitials between Vine videos (which can be either banner or video ads) or when Vine loads, but that seems to go against the social-media norm of "forcing" ads into place.

As with Twitter itself, we more likely will see promoted Vines in the feed, where the Vine video is the ad. We're already seeing this, in both good and not-so-good executions. This can be tricky to execute without losing Vine's "cool" factor, so it would behoove Twitter to base these on relevancy -- either by topic of the Vines being viewed, or the user's location of viewing.

This fascination with Vine is more than just a matter of developers latching themselves onto a hot new app. It's another step in the ongoing evolution of the mobile video advertising picture still taking shape. 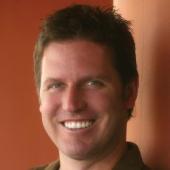