READ THIS NEXT
You Can't Stop Instagram Bots by Looking. Brands Have to Stop Buying Them
Credit: Kiyoshi Ota/Bloomberg

As augmented reality and virtual reality applications continue to proliferate, virtual advertising and related legal issues will grow too.

AR applications layer information or graphics on a real-world view. As such, AR could enable a virtual ad to cover advertisements that exist on billboards and other structures, or insert an ad where no real-life one exists. Both uses raise legal questions for creators and brands using AR technology.

In VR, scenes are often created to mimic real-world locations. Famous buildings and locations can be depicted, and virtual ads may be incorporated. Some of VR's legal issues mirror well-known ones, such as depicting actual products in movies, but there are new twists.

For example, in Sherwood 48 Associates v. Sony Corp. of America, a Spider-Man movie depicted a scene in Times Square, presenting virtual ads on replicas of real buildings, instead of the ads that appeared in real life. The building owner sued under trademark and trade dress for the buildings. The court dismissed the claims on First Amendment grounds, finding it was clearly a creative work, and that there was no likelihood of confusion.

In Virag, S.R.L v. Sony Computer Entertainment America LLC, a racing game depicted a real-world racetrack. The virtual ad on a bridge over the track depicted the name of the sponsor (Virag) as it actually appeared in real life. Virag sued for trademark infringement. The court found there was artistic relevance of the trademark to the game, and that its use would not explicitly mislead anyone into thinking Virag sponsored the game.

In E.S.S. Entertainment 2000, Inc. v. Rock Star Videos, Inc., the court held that an alleged depiction of the plaintiff's Los Angeles strip club -- as part of a video game set in various American cities -- had some artistic relevance to the underlying game, which sought to evoke the "look and feel" of East Los Angeles.

Based on these cases, it would seem that virtual ads are likely to pass legal muster, with minimal issues. However, in each of these cases, a First Amendment defence (creative use) trumped trademark rights. However, marketers should beware, because it isn't clear that the same legal result would be reached under other fact scenarios.

For example, many AR applications have less creative expression than is found in a movie or video game. AR ads may be depicted on a real-world view, which arguably has little creative expression. This difference may cause a court to find infringement.

Rights for virtual ads placed in live streams and broadcasts, such as a New York Life ad that appears on the court of a broadcasted basketball game for a certain period of time, are negotiated among major sports leagues, broadcasters and arena owners. Such may not always be the case in other contexts, such as streaming or broadcasting eSports events (live video game tournaments). It will be important for stakeholders in these events to factor this into negotiations.

Using virtual ads to generate revenue, as opposed to for artistic relevance, is another important difference in the legal analysis. Google has applied for a patent that enables advertisers to bid for placement on real-world locations in its Street View application. The direct commercialization of the structure using these virtual ads may outweigh First Amendment rights. Until this issue is resolved, negotiating with building owners for these virtual ad placements may reduce the risk.

Another interesting twist is using a real-life location to trigger a virtual ad, analogous to "keyword" ads. AR applications know a user's location and orientation, down to which building she is looking at -- a major opportunity for advertisers. If a user looking at Dunkin Donuts triggers a Pete's Coffee ad to be overlaid on that view, is this trademark infringement? Courts will undoubtedly look to keyword advertising cases for guidance, but it remains to be seen if the factual differences change the legal outcome.

Brand disparagement may also pose an issue. After the 2010 BP oil spill, the AR application Leak in Your Hometown launched, triggering a depiction of oil spilling whenever the BP logo was in the app's view. It's undetermined whether using trademarks to trigger an unflattering depiction will create legal issues, or whether they will be protected by the First Amendment, as an exercise of free speech. In the interim, caution should be used when using trademarks in this way.

As AR and VR technology evolves, more innovative advertising opportunities arise. It's crucial for advertisers to carefully consider these and other legal issues to minimize liability. Brand owners must consider new techniques to police the use of their marks. 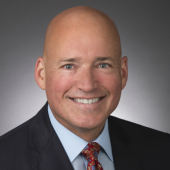