No Fad: Virtual Reality Has Reached a Tipping Point

READ THIS NEXT
You Can't Stop Instagram Bots by Looking. Brands Have to Stop Buying Them
An Oculus Rift headset and Touch controller.
Credit: Oculus VR

I want to be wowed. I want a sense of magic in my life. I want, simply, to be amazed.

Many of us feel this way, and this basic human desire has given rise to incredible new "realities" -- such as virtual, augmented and mixed reality -- that have recently made unprecedented strides. Still, skeptics believe this technology is just the latest marketing fad.

Full disclosure: I am a virtual reality evangelist who pioneered an experimental VR lab at my advertising agency. But years of zealotry and experience have led me to develop keen insights. I'm here to tell you that VR is the future, and the future is now. Here's why I think you should start taking VR seriously:

VR is a mass-market technology

Piper Jaffray estimates consumers will buy more than 10 million VR headsets before year's end, and a recent Nielsen Media Lab study found that 24% will likely use or purchase VR in the next year. People interested in VR are early adopters who pay a premium for high-end products.

YouTube and Facebook have allowed us to dip our toes in the virtual reality waters. The YouTube 360 channel has more than 1.3 million subscribers, and its action thriller "Help" has been viewed 2 million times. Facebook 360 Video has been a hit with consumer-generated and brand-created content since it debuted this summer, and Mark Zuckerberg demoed an in-the-works version of Facebook VR with built-in social and sharing at an Oculus conference. He promises an untethered headset is forthcoming at a lower price than Oculus Rift's $600.

You can't get much more mass than Pokémon Go, an AR game that's had some 500 million downloads since its summer launch and become the highest-grossing app ever in the U.S. It has users in 100 countries.

The application for Google Cardboard has been downloaded more than 10 million times, proving that an inexpensive piece of tech can flourish alongside sophisticated gadgets, and Samsung Gear VR is predicted to sell nearly 5.5 million units this year, according to IHS.

Jon Favreau ("The Jungle Book," "Iron Man" franchise) released his VR experience "Gnomes & Goblins" as a free preview for the HTC Vive headset this fall, and he's one of a growing number of filmmakers who have produced VR extras for their big-screen projects. Christopher Nolan for "Interstellar" is another. Meanwhile, heavyweights such as Industrial Light & Magic's xLab plot VR's entertainment evolution.

'Follow My Lead: The Story of the 2016 NBA Finals,' a 25-minute virtual reality documentary.

VR is a brand builder

Brands have been lightning-fast to debut VR in their marketing. Oculus partnered with the NBA for a 25-minute documentary in VR called "Follow My Lead: The Story of the 2016 NBA Finals" about the epic showdown between the Cleveland Cavaliers and the Golden State Warriors.

Esquire partnered with whisky brand The Macallan for an augmented reality ad in the November issue. Readers can watch the 3-D ad through the free Aurasma app, in which mascot Esky comes to animated life and pours a glass of The Macallan's new scotch blend, Double Cask 12 Years Old.

Astounding results have poured in from VR experiences like the Mountain Dew, NBA, Google and Tilt Brush campaign, which debuted ahead of the NBA All-Star Game in Toronto. The experience received about 150 million views, which Pepsi's marketing executives called "Super Bowl-like" scale. Brands as varied as Lionsgate ("The Blair Witch Project"), GE, The New York Times and Hong Kong Airlines have launched 360 video campaigns.

VR is attracting the smart money

In the first half of this year, venture capital firms invested $1.3 billion in 76 VR/AR deals. A big chunk went to Magic Leap, the secretive Florida startup that's working on a HoloLens competitor and gathering $1.4 billion from the likes of Google, Warner Bros. and Alibaba. If rumors are true, we'll soon have a peek at its next-gen Google Glass-type product in January at the annual Consumer Electronics Show.

Additionally, approximately 690 VR startups have brought in an average of $4.5 million each in venture capital. The sharpest minds in business and tech -- including Mark Zuckerberg, Jack Ma and George Lucas -- are heavily invested.

It feels as if we have just discovered the virtual reality spellbook and are only beginning to learn how to harness its power. 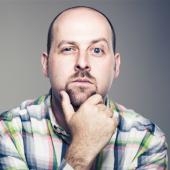