Why Warner's Movie Test on Facebook Is Such Serious Business

It Won't Destroy Netflix or iTunes, but It Will Change the Media Landscape
READ THIS NEXT
You Can't Stop Instagram Bots by Looking. Brands Have to Stop Buying Them

You could argue Warner Bros.' test to rent, and soon sell, "The Dark Knight" and other films on Facebook is just another promotional deal on the world's largest social network. But it isn't, and that's why it sent shivers through the media industry: not for what the deal is today but for what it could easily mean.

First, what it doesn't mean. Netflix, Hulu and iTunes have nothing to worry about, yet. They've had years to build up TV and film libraries; one, Hulu, is even jointly owned by its content providers. 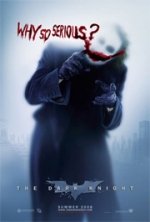 But the idea that the studios would start selling and distributing their wares on the world's biggest social network -- indeed, a socially-driven parallel internet -- is game-changing. Here's why:

One thing to know about Hollywood: If something works at a rival -- be it a film, TV show or marketing strategy -- it is quickly copied by others. If this works, expect others to follow, and fast. A Sony exec says they're looking into it. Trust me: Everyone is. And why not? Studios don't just gain distribution leverage with iTunes and everyone else, they get a trove of social data on who is watching, where and how that is shared. That's something they can't get anywhere else, especially not on this scale.

Facebook is already the fastest-growing video site on the web. It's No. 6 today (up from No. 8 a year ago), according to ComScore -- ahead of Turner, Fox and Hulu -- and everyone else is pretty much standing still. While that's interesting, the really important stat is that Facebook accounts for one in eight of all minutes spent on the web (in the U.S.). Beware anyone who says a new media platform will "destroy" another. If that were true there would be no radio or network TV today. Facebook has shown no indication that it's building another iTunes or Netflix to formally take on this market. It doesn't have to: giving users yet another reason not to leave is enough.