Five Ways to Get an App Into Apple's Top 10

Make It a Standout, and Use All of Your Promotional Tools Very Well
READ THIS NEXT
You Can't Stop Instagram Bots by Looking. Brands Have to Stop Buying Them
Ross Jenkins

Getting your mobile application into Apple's Top 10 is like getting into the National Football League playoffs -- it's where 90% of the money is . Due to the way people search and browse for apps, the Top 10 in any category receive a huge majority of the downloads, so marketers are rightly looking for ways to launch, and sustain, their app's presence there.

The exact rules for getting into Apple's Top 10 are not publicly disclosed but are largely based on the volume of downloads, combined with app activations; if apps are downloaded but remain unactivated, that actually counts as a black mark against you in Apple's ranking algorithm.

In general an app isn't downloaded because it will work across all iOS devices in an integrated Apple-like fashion -- it's downloaded because your friends are using it, because it's fun and social, because you see ads for it, because it's in reviews in generic and specialist publications, because in-app promotions lead you to it and because (maybe) Apple has chosen to feature the app (a decision that 's made according to its internal rules, regulations and daily desires). Who knows, if you are really fortunate, Apple might include your app in one of its TV spots!

We've helped several clients develop marketing programs around their apps, picking up some simple how-to recommendations along the way. Avoiding the range of scamming techniques returned by a Google search, and focusing on promotion rather than design, here are five legitimate things you can do to get your app into the Top 10:

Use data. It's not fashionable, but paying for clicks is a good tactic to support an app at launch and build volume quickly. If you're going down this road, build a simple data model for your paid media. Mobile-advertising companies, such as AdMob and Millennial Media, have data to show how many downloads an app needs to hit Apple's Top 10. They can also provide conversion rates for any category of app. This can help you define which markets to target and the number of clicks you need. After that , it's just optimization of tactics.

Make your app search-engine friendly. Although search engines are working toward making apps more findable via desktop search (through the likes of the Google Play store, and app listings in search-engine results), most users still tend to search for specific apps via the app store on their mobile devices. Like any search engine, app stores use an algorithm to classify the app. Our job is to understand how the algorithm works and plan for it. While this is a pretty nascent area of SEO, we've identified a few simple tips: 1) follow Apple's and Android's content and legal guidelines. 2) Do keyword research and give your app a useful name that relates to these keywords. 3) Write an easy-to-understand and search-term-rich description of your app. 4) Do competitor app research to learn from what they're doing on 1, 2 and 3.

Harness the 1:9:90. Recommendation from influencers (the 1% and 9% who contribute and comment) will help kick start social sharing amongst the mass (the 90% who just observe), so develop a word-of -mouth strategy leveraging app review sites, app curators, relevant journalists and media outlets and of course bloggers. All of these influencers can be evaluated for the size of their reach and influence circles that can help you decide where to focus.

Leverage your owned media. You probably have website, social, e-mail, store, above-the-line advertising, brochure or other owned media assets where the app can be promoted. You should also be able to segment your customer data bases to define key segments, possibly giving your best or most responsive customers the chance to play with and review the app before anyone else (always good for customer relations and word of mouth).

Make your app brilliant. Someone famous in advertising once said a great idea and a crap media plan is always better than a crap idea and a great media plan, and nowhere is this truer than in app marketing. With so much competition for attention your app must have a strong lure, an idea that people will want to be a part of and belong to, and then combine that with great user experience, in-built sociability, competitive (or free) pricing and an element of ramification. 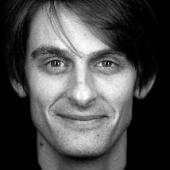 Ross Jenkins
View all articles by this author