To Engage Audiences with Storytelling, Don't Just Think Like a Pop Star

Five Ways Brands Can Use Technology with Storytelling to Captivate Audiences
READ THIS NEXT
You Can't Stop Instagram Bots by Looking. Brands Have to Stop Buying Them

Like most people around the world, you've probably caught yourself singing the lyrics to this popular song, whether or not you are a fan of Taylor Swift. I point to "Shake It Off" not to show off my knowledge of pop music or to gain the attention of Swifties, but to show how reach and frequency -- once a necessity of advertising campaigns -- still have impact in popular culture.

Researchers at the University of Milan and University of Southern California recently analyzed 2,400 popular songs from the past 50 years and found that the more a song's chorus is repeated, the higher its likelihood of becoming a No. 1 hit.

For decades, ad campaigns were a similar beast, relying on the reach of mass media and the millions of dollars that bought frequency. But in today's multimedia world -- rich with platforms, apps and fragmented audiences -- scaled reach is elusive. While it may still work in music, the use of repetitive messaging in advertising campaigns has been deemed a turnoff by today's consumers. Engaging consumers deeply and long-term through storytelling has become the means to driving loyalty and revenue growth.

Marketers need to fully embrace technology -- from the latest smartphone to the newest social media trends -- as the means of enablement and distribution of a story, while using platforms as the glue. Here are five strategies for marketers to keep in mind when using storytelling in campaigns:

1. Hold tight, loosely. Storytellers must collaborate with audiences. The story must have structure but be flexible enough to enable audience participation. As an example, Canadian airline WestJet delighted unsuspecting travelers by delivering personalized gifts to customers arriving at baggage claims as part of a true "Christmas Miracle." What made the campaign resonate with audiences were the priceless reactions captured -- whether of shock or tears of happiness. WestJet packaged the experiences into a video and posted it to its YouTube page. Within days it was one of the most shared viral ads in the world.

2. Let the story evolve. Interactive, immersive multimedia stories become living entities because they grow and change over time. Since 2010, Allstate's dramatic "Mayhem" ads have shown potential disasters consumers might face if they have the wrong insurance company. This year, Allstate did some social-media listening and broadened its campaign to include the perils of "Social Media-Savvy Burglars", targeting homeowners who overshare their vacation plans online. By tapping into this phenomenon and utilizing consumer insights on social, Allstate was able to broaden the storyline of this popular campaign.

3. Remember we are human. As we harness the power of technology and the innovative opportunities it presents to us as communicators, we must not forget that we are trying to make emotional connections with actual humans and create a sense of empathy and understanding. Skype recently initiated this approach when it launched its "Stay Together" initiative, which asked for customer stories about long-distance connections. One told the story of two young girls sharing the unique bond of being born without a full left arm. "The Born Friends Family Portrait" ad (full disclosure: Microsoft and ad agency partner Pereira & O'Dell worked on this campaign) showed the girls' struggles and their eight-year bond that formed via Skype, with a leadup to the emotional day when they were finally able to meet.

4. Embrace the new. Here, Taylor Swift is a good example (sure, call me a Swiftie). She partnered with American Express to launch The Taylor Swift Experience, an app that gives fans an immersive video experience for Swift's popular single "Blank Space." Users could follow the storyline of Swift and other characters in the music video, and along the way, fans had opportunities to purchase Swift's "1989" album and concert tickets on which Amex cardholders got first dibs.

5. Fundamentals still apply. A story still has to follow an arc, with exposition, dramatic tension and an outcome, just like books and movies. Make the audience care about your brand. And make sure you hit the right cultural cord. Coca-Cola, for instance, rarely leads a story with the product itself but with what they want you to feel -- happy, optimistic and connected to the world at large. In one of Coke's latest campaigns, the brand beautifully hit these marks with a spot highlighting our current world of cyberbullying and how Coke could add more happiness to your life. It was an uplifting ad that called upon a movement to #MakeItHappy.

While technology gives us an opportunity to try new things and change the way stories get created, experienced and shared, it's still the story itself that will connect with consumers. Don't just think like a pop star -- strike an authentic, emotional chord with your audience through storytelling. 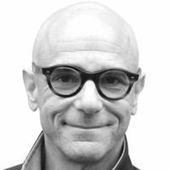 Bob Bejan
Bob Bejan is the North America VP of advertising sales and marketing for Microsoft Advertising.
Follow View all articles by this author