Will Wearables Wipe Out the Smartphone?

Virtual Reality Will Be the New Medium for Information and Communication
READ THIS NEXT
You Can't Stop Instagram Bots by Looking. Brands Have to Stop Buying Them
An attendee tries a video game on a Samsung Electronics Galaxy Gear Virtual-Reality headset at the Tokyo Game Show last month.
Credit: Tomohiro Ohsumi/Bloomberg

It has been a month since Apple updated its wrist wearable tech to WatchOS 2. Users are discovering that Siri is smarter, the new cityscape timelapse watch faces are pretty cool, and QuickPlay makes it easier to shuffle your music.

Personally, I don't need another bedside alarm clock, so nightstand mode isn't necessarily for me. However, Apple Pay adding loyalty and in-store cards has pleased my wife and I'm enjoying a spot of time travel, catching up on the previous month's news headlines and planning my diary for the future.

At the end of the day though, these upgrades to the Apple Watch are little more than gadgetry gimmicks, designed to enhance the appeal of a watch that no one really needed (they already owned a Tag Heuer, a fake Rolex or G-Shock), and to distract from the fact that it's still just a notification alert machine for your phone.

But that's ok, really. It's ok because consumers and advertisers need more reasons -- however superficial -- to start embracing the wearable-tech revolution, because the smartphone's days are numbered.

Yes, you read that correctly. Despite smartphone penetration continuing to rise and forecast to reach 34.2% worldwide by 2017, a decline will, at some point in the future, set in.

The cause of this decline will in part have to do with the emergence, acceptance and growth of virtual reality as the new medium-of-choice for information, and then communication.

When considered alongside an autonomous future for wearable technology and a behavioral change that will see us use other senses such voice-activation commands to call up holographic screens, we must conclude that one day, the smartphone will find itself superfluous to user requirements.

Don't just take my word for it, though. Let's look at how the tech companies are already preparing for this brave new phoneless world.

This real market for VR headsets will begin with gamers, but as our homes and cars grow ever-smarter, so will everyday applications for these autonomous devices.

One day, we'll plan our journeys via virtual headgear, call up holographic motorway maps to check for accidents, and then send the data straight to our car's dashboard with the swipe of a hand or voice command.

Watches will be among the first wearables to replace the phone as the hub. Apple understand this, which is why as part of the WatchOS 2 update it has also included tetherless wifi and a complete independence from the phone for third-party native watch apps.

The Apple Watch is already branching out on its own and is encouraging brand-app developers to use more of the watch's hardware capabilities to help it cut deeper into the iPhone umbilical cord.

For instance, the Apple Watch can now view and display video and audio, record and play black audio messages and display animations. A twist of the watch's digital crown can now control software knobs and menu boxes within third-party apps such as PCalc and the Weather Channel.

By giving developers access to the watch's accelerometer and heart-rate monitor, it has opened the door to more advanced third-party fitness and sleep-tracker apps. By giving developers access to the taptic engine (built-in technology that allows devices to "tap" users on the wrist), it will allow brands to start really playing with users' senses. It will also enable new and intimate ways for us to communicate in the future.

Why use a phone to text or What's App when you could get someone's attention with a gentle tap or even send something as personal as your heartbeat?

Our complete reliance on smartphones and the fact that they have infiltrated every aspect of our lives makes it hard to envisage a future without them. But that future does exist.

Content will still travel from device to device and the principles of omni-channel content will evolve to accommodate less screen-based messaging and more sensory experiences. Marketers and technology developers need to start planning for the future today. 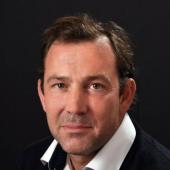