Yahoo's Got Big Holes to Fill in Its New Advertising Platform

Social-Data Targeting Is Missing From the Picture -- and It's Essential to Compete
READ THIS NEXT
You Can't Stop Instagram Bots by Looking. Brands Have to Stop Buying Them

Marissa Mayer's star-studded keynote at the Consumer Electronics Show made it clear that Yahoo is now, more than ever, committed to being a media company. Along with digital food and tech magazines, a news digest and video interviews with Katie Couric, Mayer announced the launch of Yahoo Advertising, designed to be an all-in-one platform that promises to make it easier for brands and advertisers to use Yahoo's data to target the right audience.

The future of advertising does lie in harnessing data from multiple sources, but Yahoo's effort to streamline its offerings isn't the jolt of innovation the company needs. It will make buying easier, but audiences still will be targeted based on their previous web and advertising behaviors, such as click path, advertising clicks and Yahoo's own data from properties like Flickr and Tumblr. This first-party data are good (much more useful than third- or second-party data), but Yahoo's competitors have access to their own first-party data, too.

At best, Yahoo is drawing to equal capability with AOL and Google, which are dominating the business. But developing the same capabilities as the team that's beating you will get you to a draw. All the big players, and many of the smaller ones in this field, are being squeezed by social-media companies that are dominating mobile, coming in hot on the web, and quickly taking billions directly out of the pockets of the legacy networks. Social data are the most accurate way to determine which people are interested in which message.

We can learn a lot about a person from whom they follow, what they share, the news in their feed, the places they check in, the content they "like," and other social data that signal their interests. Brands and advertisers are beginning to use these behaviors -- instead of, say, simple demographics -- to find the audience most likely to be open in their message. In fact, an entire ecosystem has cropped up around the monetization of social data: startups like Datasift, Gnip and Topsy (recently acquired by Apple) have centered business models on sorting, tagging and analyzing billions of interactions on social platforms.

Social data work for advertising because they are not based on models or indexes, nor are they dependent on content as a proxy for demographics (as is TV). Rather, this data enable algorithmic understanding of the three-dimensional individual at the other end of the ad server. If I've shared branded videos from Red Bull, I'm already primed to respond positively to a message from them. If I've chosen to pin Real Simple's recipes and organizing tips, share an article from Martha Stewart and tweet a link to a closet remake from Apartment Therapy, there's a high likelihood that I will be interested in ads related to homemaking.

So it was shocking to see that social data were left out of Yahoo's advertising announcements. Mayer noted in her keynote that Yahoo surpassed 400 million monthly users on mobile for the first time, and we all know that number will only increase. Social data are especially relevant for mobile because they enable advertisers to reach the same person across all of their devices, screens and browsers -- and that's exactly what Yahoo will need. Using social data, Yahoo could differentiate itself from the AOLs and Googles, making it a more compelling spend.

I applaud Yahoo for bringing together many of its previous acquisitions for the first time in an integrated, sensible way. But the more little holes Yahoo fills on their road to the future, the more obvious and unsettling the deeper holes become. Media companies that fail to take advantage of the incredible opportunity that social data provide will never be able to leapfrog ahead of the competition and avoid the social squeeze. 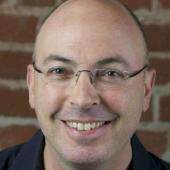