When Vice is Virtue | Ad Age
Skip to main content

When Vice is Virtue

When a trio of self-proclaimed drug addicts and welfare cheats from Montreal launched a free newsprint tabloid called Vice in 1996, they wanted nothing less than to change the way media portrayed and spoke to youth culture. Over the last decade, that tabloid has spawned a burgeoning media empire in Vice Books, Vice Films, Vice Music and Vice retail stores. In 2007, the founders of Vice launched VBS.tv with the humble goal of exploiting "every utopian vision the internet has thus far failed to live up to." Then they turned their attention to advertising. 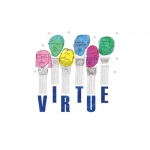 Virtue, Vice's advertising and brand strategy arm, began in 2006 when Spencer Baim, a creative strategist from the recently closed Fallon, New York, picked up the phone and called his favorite magazine.

"I had lunch with the guys at Vice and pointed out that brands, like Nike for example, have been coming to them for the last 10 years for small projects," says Baim, who founded Virtue with Vice heads Shane Smith, Suroosh Alvi and Eddy Moretti. "And if these massive brands are coming to you to do small things, they will come to you to do big things, too. And they agreed."

Red Bull's School of Surf
There had been ad-related projects in Viceville before. In addition to housing what was essentially a music marketing department called AddVice, Vice worked on the award-winning Truth campaign with Crispin, Porter Bogusky (with VBS honcho Moretti directing many of the spots), as well as projects for Nike, Colt 45 and a variety of other brands. But none of these had quite the same ambitious aim and focus of Virtue. With the success and scope of the magazine (22 offices worldwide and a reported 100 percent pick-up rate) Vice boasts an established global connection to an often hard to reach demographic. Trendsetters, influencers or whatever you call the first kid with the flashy sneakers? this is the audience to which Virtue offers the ability to translate a brand's message.

Virtue's first client was MTV for which the shop created an online project called the Virtual Lower East Side, a virtual (natch) environment that allowed users to digitally wander the streets of lower Manhattan, meeting other avatars and watching bands like Arcade Fire and Fucked Up in club show videos shot by Virtue. The project went live last year but has since been put on hold for further technical development. Next up was the branding and packaging for MTV's answer to Guitar Hero, the multi-instrumented game Rock Band.

"(Virtue) had a huge impact on Rock Band and how we captured the energy of the game in the branding," says Jeff Yapp, MTV's EVP of program enterprises MTV music and logo group. "I think their work helped differentiate the brand, gave it a more authentic feel, and in a very short period of time, established the game as the clear leader."

The Rock Band work included creating the site and web films for Rock Band TV online, which leads us to perhaps the central tenet of the Virtue philosophy. "Every brand today has to think and act like a media company," says Baim. "Rather than pushing stuff out there, to instead aim to pull an audience in. With our audience, word is spread like wildfire and it's much more cost effective for the client."

Gorillas in the Midst
With the early success of VBS, which now fronts a weekly show on MTV2, the company has gained a certain amount of experience and clout in the branded content category. While the business page archives are littered with obituaries of failed online video ventures (moment of silent headshaking for Bud.tv) so far VBS has succeeded in impressing even the crustiest of cynics. With content like the Epicly Later'd skateboarding show, to a series shot inside North Korea, to a show about the only heavy metal band in Iraq that's been parlayed into a feature documentary, Heavy Metal in Baghdad, that played at the Toronto and Berlin International film festivals ? VBS has earned more credibility than any youth-targeted video site and has managed to cover a cornucopia of subjects with that gritty Vice charm.

Johnny Knoxville in Rock Band Heartland
The next step was to apply the lessons learned from VBS to creating online content with and for other brands. In addition to Rock Band TV, Virtue has teamed with clients to develop projects that range from the blatantly branded to the subtly supported. For the former, energy drink giant Red Bull invited Virtue to peruse its collection of sporting events and pick one to create content around. The result was Red Bull's School of Surf, a VBS reality show that followed a series of high school surf teams in Red Bull's national competition. More subtle approaches include a collaboration with Edun, a clothing brand founded by Ali Hewson and Bono, that created a VBS series about the plight of mountain gorillas in Uganda. Another new series on technology and culture called Motherboard was spawned from a partnership with Dell. These last two aren't visibly branded at all, aside from the assertion that each show was "made possible by" and content lives at VBS but is also available through the brands' websites.

Alli online
But perhaps the best example of the sort of brand work Virtue aims to do is called Alli, for the Alliance of Action Sports. An events collaboration between MTV, Pepsico, NBC and others, Alli is a series of national action sports events ? snowboarding, skateboarding, motocross, etc. ?that has gone through a handful of brand identities in just a few years. Virtue decided to bring everything under the one roof of Alli, creating the brand identity, ads and online presence. The website is used as a media hub, where an editorial mix of permanent staff and freelancers cover the action sports world with news updates and a video channel dubbed "Alli TV."

"They've had a significant impact on what we've been doing," says Wade Martin, president/CEO of Alli. "They're a unique company in large part because they're an agency born out of their own media company, in the trenches themselves, building their own brands and creative so it provides a different perspective, in a lot of ways, than a lot of agencies can."

The major client selling point of Virtue, in terms of creating custom content for brands, is that it already has a standing army of writers, photographers, artists and producers making cool stuff of their own, why not use them to tell your brand's story?

"We've been marketed to our whole lives, making our bullshit detectors very sophisticated," says Vice co-founder Smith. "So our whole modus operandi was not to bullshit. We decided to set up this separate wing that could leverage our talent but also be a separate company to help brands reach this demographic."

Richard Garriott in Motherboard
Preemptively smacking down questions about violating any basic codes of journalism, not to mention the traditional no-no of underground culture teaming up with The Man, Virtue's general manager Hosi Simon says that utilizing the network of Vice and VBS contributors for such projects doesn't breach editorial integrity because all the branded work is completely transparent. Vice is always Vice. Everything else is labeled accordingly. "It's important that we exist within our own cultural context, within our own media brand that we have to protect," he says. "I don't think the audience will refuse (branded work) because good content is good content. If you had tried to make this argument five years ago, the old sell-out question would've come up much more, but the landscape has changed massively."

Ah, the old sell-out question. The Vice empire was built on the back of an unwavering sneer aimed at what it viewed as the mediocrity of mainstream culture. So what happens when the inmates are charged with re-branding the asylum? Given that most media companies are in the painful throes of find-a-profit model freak-out, Baim offers up a pretty even-keeled assessment. "Vice has always been free," he says. "It's always existed because brands have bought media within the magazine. We're just pushing that a little further and looking for smart, creative ways to drive clients' business forward as we drive our own forward. It all comes down to openness, transparency and great content. When it's done right, it's embraced and accepted. It is a thin line and definitely part of the challenge, but it's exciting."