Why KFC, Samsung, Coke and Haagen-Dazs All Run Ads With Celebs From This Drama Series
READ THIS NEXT
Dispatches from the panicked GDPR frontline 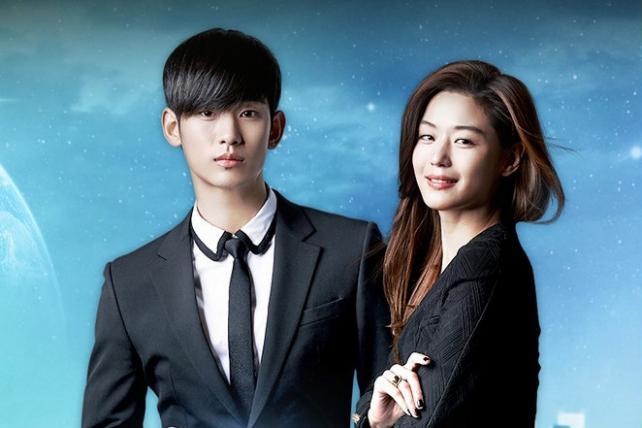 It's a Korean drama about an antisocial alien who falls in love with his human neighbor, a beautiful but gaffe-prone star actress. And it's been a huge, huge hit in neighboring China, with more than 2.7 billion views on local online platform iQiyi.

The quirky show "My Love From the Star," which ABC is adapting for the U.S. market after its success in Asia, has touched off a marketing megatrend in China, where its stars have been tapped to sell Coca-Cola, KFC chicken, Samsonite luggage, Haagen-Dazs ice cream, Samsung smartphones and Dove chocolate.

Actor Kim Soo-hyun had appeared in ads for 35 brands as of August, earning more than $16 million, according to the People's Daily. The actor's face, framed by thick bangs, is so ubiquitous in Shanghai that he sometimes seems like Big Brother. (China's government has apparently worried about the program's popularity: Top culture officials spent a morning in March asking why China couldn't make such a hot show, The Washington Post reported.)

In general, stars of the Korean Wave pop culture are sought after by mass-market advertisers in China because they offer a blend of familiarity, as fellow Asians, and aspiration, as Korea has a reputation for style and beauty, said Laurence Lim Dally, founder of Hong Kong-based market research and consulting firm Cherry Blossoms.

As a Chinese consumer, "you feel close to them, but they also make you dream," she said. "You have two drivers in one. It doubles the resonance."

But what exactly is it about this series – and that particular character, an alien with superpowers who has been living on earth for 400 years -- that has captivated China's brands and its young consumers?

Mr. Kim is gorgeous, obviously. On the show, his character is both unattainable and non-threatening: He falls ill if he mixes his body fluids with human beings', which keeps the romance pretty chaste.

"For Asian women this is extremely romantic – you just hug and feel the love," said Romy Zhang, a 25-year-old English teacher and copywriter in Chongqing, in central China, who enjoyed the show but thinks Mr. Kim is overrated. Because of the character's superpowers, she said, "he's capable of doing anything for a girl – but he's just a fantasy, a fantasy that could satisfy all your needs, while he doesn't have any needs himself."

Some people have griped on social media about Mr. Kim's wide exposure, and an opinion piece in the Global Times, a government mouthpiece, asked: "What does the prevalence of such ads say about modern Chinese consumers? Are we so easily swayed by fan adoration that advertisers don't need to bother coming up with original or unique campaigns that capture the imagination?"

Brands are tapping into the series in any way they can. In the show, the actress loves fried chicken and beer, particularly when the season's first snow falls.

KFC spotted an opening, and its commercial (view it here) featuring star Jun Ji-hyun portrays her moping around, missing her man. Suddenly, it starts snowing. Chicken and an amber-looking beverage appear on her balcony, and she looks up at the heavens to thank her star-crossed lover for the treat. In KFC's promotion, the chicken is paired with a sparkling apple drink instead of beer.

(The brand could use a conversation-changer after a food safety scandal at a supplier was exposed in July. Parent company Yum Brands said its same-store third-quarter sales in China fell 14%.)

Haagen-Dazs tapped Mr. Kim and used heavenly, supernatural, romantic themes to promote its mooncakes for the mid-autumn festival in September.

Korea's Samsung, meanwhile, uses both Mr. Kim and Ms. Jun in its campaign (viewable here) to showcase the Galaxy S5 and its "superpowers," like being waterproof.

The stars also appear in spots in Korea for Samsung, which "has been using these two actors earlier than other brands," said Jacky Lung, executive creative director of Cheil Greater China, the agency behind that ad. "And Samsung uses both of them together." Not to mention, the show itself features plenty of Samsung product placements, boosting resonance.

One of Mr. Kim's endorsements is tough not to snicker at. In a spot for a Chinese water brand called Hengda Bingquan, he holds up a bottle and says, "I love only you, Hengda Bingquan."